As Open Enrollment Kicks Off, Millions Benefit From Expanded Savings in ACA Marketplace

Open Enrollment for 2023 Affordable Care Act coverage begins today, giving Americans the opportunity to purchase quality and affordable health care through the ACA marketplaces. Last year, a record-breaking 14.5 million people signed up for coverage through the ACA marketplaces. With the enhanced subsidies in the Inflation Reduction Act and the Biden administration’s historic investment in the Navigator program, more people will have access to affordable health insurance than ever before.

Additionally, these initiatives increase the number of people of color who are now covered by health insurance, which is imperative to reducing racial disparities across the nation. Just one week before Election Day, the benefits of the Democratic passed Inflation Reduction Act will be front and center just as Americans begin casting their midterm ballots.

In response, Protect Our Care Chair Leslie Dach issued the following statement: “Starting today, thanks to President Biden and Democrats in Congress, millions of Americans will save money on their health insurance premiums and have the opportunity to purchase quality and affordable health care through the ACA marketplaces at little to no cost. Working families across the country will save hundreds of dollars a month, dramatically increasing the number of insured Americans and giving them more room to pay for other necessities like food, gas, and rent. These actions ensure access to quality, affordable, and equitable care for years to come, and will be front and center just as Americans begin casting their midterm ballots.”

Americans Will Save Big On Health Care In 2021, 14.5 million people signed up for coverage through an ACA marketplace, the highest number of Americans to ever enroll during open enrollment 13 million Americans, or 89 percent of people with an ACA plan, will save an average of $800 per year and $2,400 per family on health insurance premiums 3.2 million

Americans now have health coverage for less than $10 per month 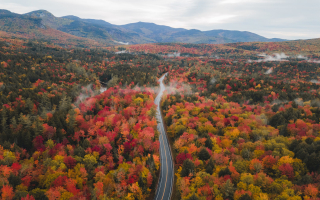 How Americans Save Money On Health Insurance in 2023:

Caps on the Amount of Money Families Pay for Health Insurance. The Inflation Reduction Act ensures families pay no more than 8.5 percent of their income towards coverage. This helps middle and working-class families, as well as older Americans, who have traditionally faced excessive premiums or live in high-premium areas. Before the American Rescue Plan, middle-class families spent an average of 15 percent of their incomes on health insurance. The subsidies are designed to benefit those who need it most, which means the higher your income, the smaller your tax credits become. A family whose health insurance premiums alone — not including deductibles — are less than 8.5 percent of their income receives no tax credits at all.

Addressing Health Care Equity By Expanding Coverage for Communities of Color. The Center on Budget Policy and Priorities estimates the increased savings continued under the Inflation Reduction Act will cause a sharp decline in the uninsured rate across every racial group, with one in three uninsured Black adults expected to gain coverage. Prior to the American Rescue Plan, more than 11 million uninsured adults were eligible for premium tax credits, with people of color making up roughly half of the group. The premium savings continued in the Inflation Reduction Act have made more than 65 percent of uninsured Black adults eligible for zero dollar premium plans and 75 percent eligible for plans less than $50 a month. For uninsured Hispanic and Latino adults, now more than 68 percent are eligible for zero dollar premium plans and nearly 80 percent can access plans for less than $50 a month. Health coverage is imperative to reducing racial disparities across the nation.

Eliminating Premiums For Low-Wage Workers. The Inflation Reduction Act ensures no American with an income at or below 150 percent of the federal poverty level buying their coverage on the Marketplace pays a premium.

Cutting Costs For Rural America. Thanks to the provisions in the Inflation Reduction Act, roughly 65 percent of rural Americans have access to zero dollar premium health coverage and more than 76 percent are able to find a plan for less than $50 a month, narrowing the coverage differences between rural and urban America.

No More Family Glitch. A new rule to fix the “family glitch,” where families were blocked from receiving premium subsidies if someone in their household had access to affordable health care through employment, even if the whole family wasn’t covered by that insurance, was recently implemented by the Biden Administration. The new rule will more realistically determine what is considered affordable for families, allowing an additional 1 million people to be eligible for affordable health care on the marketplace and receive premium subsidies.