Today’s ruling invalidated all of the benefits covered under the U.S. Preventive Services Task Force, including lifesaving colorectal and other cancer screenings, depression screenings, hypertension screenings, and access to PrEP (pre-exposure prophylaxis), which can reduce the chance of contracting HIV. Judge O’Connor also threatened to go further and eliminate all of the guaranteed preventive services under the ACA.

In July, 24 organizations representing millions of people with or at risk for serious or chronic illnesses released a letter highlighting the need to protect access to preventive services. Protect Our Care also hosted an event with legal experts to outline the partisan nature of the case and its disastrous impacts. Read more about the case here.

“The free preventive care guaranteed by the ACA for over 150 million Americans has become a bedrock of the American health care system, improving health outcomes, reducing disparities in care, and cutting consumer health care costs,” said Protect Our Care Chair Leslie Dach. “This lawsuit was brought by longtime foes of the ACA, abortion rights, women’s health and LGBT rights. Given the dire consequences of this ruling, Judge O’Connor must stay the effects of his order, pending appeal.

“This is a politically-driven lawsuit, financially supported by people with extreme views, and in front of a judge with a proven record of opposition to the ACA. If today’s ruling stands, Americans will again be at the mercy of insurance companies and employers, who could eliminate the benefits or start charging for them, forcing patients to spend thousands of dollars a year for essential care they now get for free. The health and financial security of millions of Americans is at risk.”

The Kelley v. Becerra Plaintiffs Have Repeatedly Sued To Overturn Parts Of The ACA. John Kelley, his wife, and his company, Kelley Orthodontics filed an earlier and similar class action lawsuit against the ACA’s contraceptive mandate known as DeOtte v. Azar. Another plaintiff, Braidwood Management, owned by Dr. Steven Hotze, is also a plaintiff in DeOtte and in Kelley and has previously brought and lost challenges to other parts of the ACA. In addition to being a plaintiff in previous efforts to overturn the ACA, Hotze is a vocal advocate for multiple far-right conspiracy theories, claiming COVID-19 was an invention of the “deep state,” suggesting equal rights for LGBTQ+ individuals would lead to child molestation, and bankrolling election fraud vigilantism after making false claims regarding voter fraud in the 2020 election.

The Lead Attorney For The Plaintiffs In Kelley V. Becerra Is One of the Key Authors SB8, Texas’ Vigilante Anti-Abortion Law. The lead attorney for the plaintiffs is Jonathan Mitchell, “who helped craft the Texas abortion law that was designed to evade judicial review by leaving enforcement to private citizens instead of government officials.”

The Judge Who Ruled On Kelley v. Becerra Is Well-Known For His Anti-Obamacare Rulings. According to CNN, U.S. District Judge Reed O’Connor is, “a Texas-based judge who has become notorious for his rulings against the Affordable Care Act under the Trump and Obama administrations.” O’Connor -- an appointee of President George W. Bush and a former advisor to Sen. John Cornyn on the Senate Judiciary Committee — has issued opinions spanning over a decade that would dismantle key Obamacare provisions and now he is about to rule on Kelley v. Becerra. 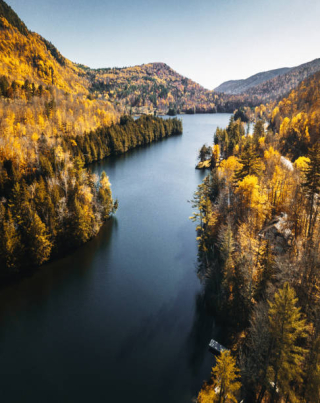