Twelve years after the ACA was signed into law, Granite Staters have access to quality, affordable health care

(Concord, NH)  — Today, public health experts joined Protect Our Care NH to mark the 12th anniversary of the signing of the Affordable Care Act and highlighted how millions of people have benefited from the law’s provisions that lowered costs and expanded access to care. The legislation also eliminated lifetime caps, expanded Medicaid, and secured protections for millions living with pre-existing conditions. Speakers will also discuss the urgent need for Congress to pass provisions that will build on the success of ACA and help bring down the cost of health care for all Granite Staters. Average premiums in New Hampshire’s individual market declined for three years in a row (2019 through 2021), and the state’s average benchmark rates are the seventh-lowest in the nation as of 2021. 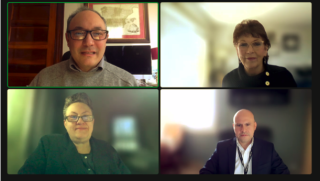 With the uninsured rate cut by 60%, and affordable new plans being offered and big support for working families. The American Rescue Plan made coverage more affordable than ever before, with a record 14.5 million Americans signing up for health coverage during the ACA open enrollment period using the enhanced premium tax credits included in the plan.

The 2021 American Rescue Plan made coverage more affordable than ever before, with a record 14.5 million Americans signing up for health coverage during the ACA open enrollment period using the enhanced premium tax credits included in the plan. President Biden and the Democrats are continuing their work to lower health care and prescription drug costs. Congress has the opportunity to strengthen the ACA, by making these lower premiums permanent, and ensure Granite Staters can continue to receive affordable health care coverage.

Henry Och, Chief Operations Officer, Harbor Care, said “The ACA has allowed us to provide more access to that care to individuals who have otherwise not pursued preventative medicine. More access to affordable care prevents unnecessary visits to the emergency room, this has been proven time and time again via many studies over the years now. While the ACA has been successful there are still some service gaps that we need to address in the state of New Hampshire. I am confident with the ongoing discussions and collaboration we can build on the ACA to continue to expand healthcare access across New Hampshire.”

Zandra Rice Hawkins, Executive Director, Granite State Progress, said “Today over 30 million people, a record number, have coverage under the ACA provisions for either private health insurance or Medicaid. And here in New Hampshire we just went through our last open enrollment, which was incredibly successful. There’s so much going on in the world right now, and in the nation, but continuing to build on the historic landmark Affordable Care Act allows more families to get the coverage they need, and that’s what they will continue to build for.”

Heather Stockwell, Rights and Democracy NH, said “What I hear from many people is they will get accepted into a 30 day program and that 30 day program is not enough… your whole life has to change and that generally takes more than 30 days. It was also really super exciting to hear our president talk about harm reduction and these types of services for the first time, I think in my lifetime ever, that this was actually becoming mainstream.”

Tess Stack Kuenning, President and CEO, Bi-State Primary Care Association, said “…(first) The ACA required all the marketplace plans to cover mental health and substance abuse disorder services as an essential health benefit. And second, the ACA allowed states to expand Medicaid eligibility for low income Americans and receive these mental and behavioral health services in New Hampshire. Not all states did this, but New Hampshire did expand Medicaid which included the mental health substance use visits. They expanded the mental health and behavioral health coverages to the traditional Medicaid beneficiaries to add parity. That wouldn’t have happened had we not done the Medicaid expansion.”

You can watch the event here, and learn more about how the ACA has worked for Granite Staters here.