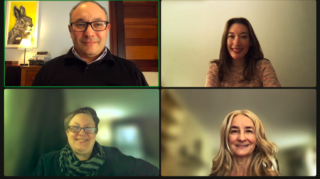 In his first State of the Union, President Biden highlighted successful efforts to deliver significant relief to millions of American families. Today, more than  30 million Americans now have health coverage, including a record 14.5 million covered under the Affordable Care Act marketplaces. In fact, New Hampshire saw a significant increase in enrollment in the last year. Additionally, the ARP has helped 76 percent of Americans receive at least one dose of the vaccine, with 93 million receiving a booster shot to bolster protection against the omicron variant.

Lisa Beaudoin, Executive Director of ABLE NH, said “What is little known and underappreciated about the American Rescue Plan is that it provided the states with a bunch of Medicaid matching funds for home and community-based services, which provides community-based care and support for the disability community and senior citizens. This infusion of $44 million that is going to be spent over the next three years is going to help with some significant workforce issues.”

Heather Stockwell, Statewide Campaigns Organizer for Rights & Democracy, said “low income Americans are still suffering, A sizable number of Americans are still living paycheck to paycheck. About 125 US million adults are currently doing that, about 21% of our population just struggling to pay everyday bills.”

Nik Coates, Town Administrator from Bristol, said “We are using it (ARP) for our water and sewer system, to be able to upgrade a system that is aged and is starting to fall into disrepair, this is a perfect opportunity for us to be able to bring that back up to speed.”

Watch the full event here, and learn more about how the American Rescue Plan has worked for New Hampshire here.