CONCORD, NH – An insightful new report on barriers to Medicaid access in New Hampshire shows how even people who are eligible for Medicaid face challenges enrolling in and maintaining coverage due to bureaucratic barriers and lack of knowledge on eligibility. 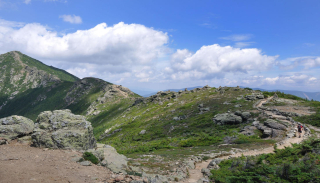 On Tuesday, February 1st, grassroots organization Rights & Democracy hosted a virtual press conference for the release of the report. The event featured the organization’s healthcare leaders speaking about the report, community members sharing their personal experiences facing Medicaid barriers, and New Hampshire leaders discussing current efforts to expand and strengthen access to this vital program in the Granite State.

According to Heather Stockwell, Healthcare Justice Organizer with Rights & Democracy, “This event represents a culmination of our work over the past year in identifying barriers people experience in accessing Medicaid in New Hampshire. We hope that the findings of this report will help strengthen and guide the work to expand Medicaid access in our state.”

Medicaid is a life-saving federal program that is administered at the state level and supports over 200,000 New Hampshire residents. However, the new report, “Sick of Waiting: Barriers to Medicaid Keep Healthcare Out of Reach,” provides powerful insight into how the program is actively failing eligible Granite Staters, with nearly 60% of Medicaid-eligible survey respondents reporting that they experienced challenges enrolling in the program.

Manchester resident Marcella Termini described her own experience with Medicaid, as the mother of twins diagnosed with Autism Spectrum Disorder, which began with a lengthy and cumbersome initial application process. “The process is not over once you’re approved, however,” she stated. “Every year you must reapply either with the online system or via paperwork. One mistake can mean your child loses coverage or that you will be subjected to an audit or, perhaps worse- spending six hours on the phone with reps who bounce you from one person to the next trying to solve the problem.”

Similarly frustrating experiences were reflected throughout survey responses, with burdensome paperwork, long wait times, difficulty navigating websites, shame and stigma among the most commonly reported barriers. Respondents of color were over twice as likely to report feeling shame or stigma in applying as white respondents (36% versus 16%, respectively).

While much needs to be done to address barriers in the application and recertification process, some hopeful legislative efforts moving forward in New Hampshire could help expand Medicaid access and services. State Senator Rebecca Perkins Kwoka joined the press conference to speak on a bill she is co-sponsoring to extend postpartum Medicaid benefits for New Hampshire women who otherwise may no longer qualify. “I am a new mother myself; I have a five month old baby girl at home, and I am still in postpartum care, and I know there are many women out there who go through this major experience for our bodies and they want to get back to work and back to normal, but it’s difficult if their benefits are revoked after 60 days,” she said.

State Representative Joe Schapiro discussed a bill he is sponsoring to enable pregnant women and children who are lawfully present immigrants to qualify for Medicaid without the current five year wait. According to Eva Castillo, director of the New Hampshire Alliance for Immigrants and Refugees, “We’re talking about serving a small segment of the population that is working and contributing with not only their labor, but their taxes [...] this bill would help the most vulnerable among them.” Gail Brown, director of the New Hampshire Oral Health Coalition, also spoke on the critical importance of two bills to authorize and fund an extensive Medicaid adult dental benefit, as a life-saving and cost-saving measure.

The New Hampshire report was published by The Center for Popular Democracy, with survey responses collected by Rights & Democracy. "Every person who is eligible for Medicaid is guaranteed coverage," said Eli Vitulli, the author of the report and a research analyst at the Center for Popular Democracy. "Being denied or losing Medicaid coverage can have devastating health and financial costs. This report reveals many common barriers to enrollment that must be fixed to support the health and well-being of all Granite Staters."

Similar reports were released today in 6 other states along with a national report.

A recording of the press conference is available here:

The report can be read here: www.sickofwaiting.us

About Rights & Democracy Institute: Founded in 2016, the Rights & Democracy Institute (RDI) works across Vermont and New Hampshire to advance human rights and a healthy, just, and equitable future for our communities. Through grassroots organizing, transformative policy work, and supporting the development of a new generation of leaders from rural communities, particularly those that have been most impacted by harmful policies, RDI is building power for a strong and inclusive multiracial democracy where everyone can thrive. RDI’s leadership development programs and issue-based campaigns encompass a range of organizational and movement-building work, including economic justice, education justice, racial justice, universal health care, climate justice, and child care access.

About the Center for Popular Democracy: The Center for Popular Democracy is the largest multiracial network in the nation. CPD and CPD Action have over half a million members in 48 state and local community organizations across 38 states dedicated to achieving racial and economic justice through local grassroots organizing. CPD/A trains and supports leadership, staff, and members to grow base-building organizations to scale and leverage that strength to win cutting-edge policy victories at the federal, state and local level.