14.5 Million Signed Up for Health Coverage Thanks to President Biden

Today, the Biden administration announced that a record 14.5 million people have signed up for health coverage during the 2022 open enrollment period. In California, Kentucky, New Jersey, New York, Rhode Island, and Washington DC, residents can continue to sign up for coverage through January 31. In response, Protect Our Care Executive Director Brad Woodhouse issued the following statement: 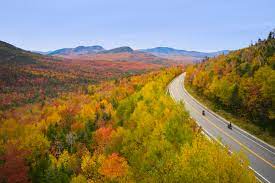 “The success of this open enrollment period is not a coincidence. After Republicans spent years trying to hike health care costs and rip coverage away, President Biden prioritized the health and well-being of the American people. As a direct result of the President’s leadership, health insurance is more affordable than ever and millions of families were able to enroll in coverage for the first time. By passing the American Rescue Plan into law, four out of five enrollees were able to purchase health insurance for $10 or less per month. Families saved thousands on their premiums, giving them much-needed financial relief while ensuring they are protected if they get sick. And this is just the start: President Biden’s Build Back Better Act will drive down health care and prescription drug prices and ensure millions more Americans have the health care they need for years to come.”

Read more from the White House’s press release below.

Health care should be a right, not a privilege, for all Americans. And one year into my Administration, we are making that right a reality for a record number of people—bringing down costs and increasing access for families across the country.

Today, I am proud to announce that since November 1st, 14.5 million Americans have signed up for quality, affordable health coverage, including more than 10 million who enrolled through HealthCare.gov—the highest numbers ever produced in an open enrollment period. New data from the Centers for Disease Control and Prevention shows that one in seven uninsured Americans got covered between the end of 2020 and September 2021, with lower-income Americans gaining coverage at the highest rate.

This did not happen by accident. The American Rescue Plan did more to lower costs and expand access to health care than any action since the passage of the Affordable Care Act. It made quality coverage more affordable than ever—with families saving an average of $2,400 on their annual premiums, and four out of five consumers finding quality coverage for under $10 a month. As a result, millions of our fellow Americans have now gained the security and peace of mind that dependable health insurance brings.

For Americans who live in California, Kentucky, New Jersey, New York, Rhode Island, and Washington, DC—places with their own health insurance marketplaces—the opportunity to secure that peace of mind extends through January 31st, and I urge you to take these last few days to sign up for quality, affordable coverage. In the meantime, as long as any American lies awake at night, wondering how they’re going to pay their medical bills, my Administration will keep fighting to lower costs and expand health coverage even more—including through my Build Back Better agenda.