Statement from Protect Our Care on the Build Back Better Framework

Today, under the leadership of President Joe Biden, House Speaker Nancy Pelosi and Senate Majority Leader Chuck Schumer, Democrats reached a historic agreement to pass the most significant expansion of American health care in more than a decade. The framework includes reducing health care premiums for people who buy health insurance on their own, extending coverage to millions by closing the Medicaid coverage gap, expanding Medicare benefits to cover hearing, and investing $150 billion to expand home care for seniors and people with disabilities. Health care remains a fundamental part of the Build Back Better agenda, and the proposals to reduce costs and expand care are overwhelmingly popular with voters across the political spectrum. In response, Protect Our Care Chair Leslie Dach issued the following statement:

“Thanks to the leadership of President Biden, Democrats are going to pass the most significant expansion to health care since the Affordable Care Act. The framework announced today will increase coverage and lower costs for millions of Americans, and working families will now have the health care they need. Today’s announcement shows President Biden and Democrats in Congress are working to deliver on a future where health care is a right, not a privilege. 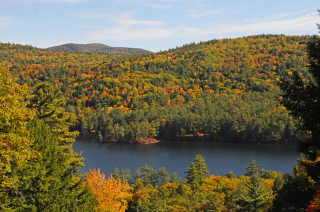 “The Build Back Better Act will lower health insurance premiums for more than nine million Americans who buy health care on their own and provide coverage for millions of families. Closing the Medicaid coverage gap is the single most important step Congress can take to reduce racial inequities in health care, and it will save lives and strengthen families. Expanding hearing benefits in Medicare and investing in home care will significantly improve the health and well-being of seniors and people with disabilities nationwide.

“The failure to include any measures to lower prescription drug prices is a victory for Big Pharma and a profound loss for the American people. As a result of millions of dollars in campaign contributions, and the actions of a handful of pro-Pharma lawmakers, the current framework would allow drug companies to continue to charge outrageous prices, and Americans will continue to struggle to pay for the medications they need to survive. We pledge to keep fighting for lower drug costs and urge others to do the same as the bill is considered by the House and Senate.