The Capitol Center for the Arts board has selected Salvatore Prizio as its new Executive Director following a comprehensive, multi-month national search process guided by Arts Consulting Group (ACG). He will begin his tenure on November 29. He will lead the CCA staff and work with the Board of Trustees on all aspects of administration, programming and outreach for both the 1300 seat Chubb Theatre and the new Bank of New Hampshire Stage.

In making the formal announcement, Capitol Center Board Chair Ron Reed said, “Sal brings a wealth of programmatic and administrative expertise with him. Sal immediately saw the potential to help move the Capitol Center to a new level of community engagement and programming and expand our reach beyond the physical walls of our venues. He is looking forward to being an active member of the Concord community and relocating here with his family.”

Mr. Prizio joins the Capitol Center from Proctors Theatre Collaborative in Schenectady, NY where he has worked as the Programming Manager and Event Producer since 2016. While at Proctors, Prizio was responsible for artistic programming for Proctors’ multiple venues including the 2680 seat mainstage, as well as smaller and midsize venues, and for the Rivers Casino. While in this position, he was part of a team that led the $14-million renovation of Proctors’ 700 seat Universal Preservation Hall Venue, from concept to reality and oversaw its inaugural season of programming. He also worked closely with the city of Troy on the redevelopment of a historic 400 seat venue in downtown Troy. Among his programming achievements are the creation of the “Eddies,” a music awards show, and “Capital Records Live,” which featured local artists performing classical albums live, and the Capital Region Comicon. During the pandemic, Prizio oversaw the development of and curated content for a new regional 24-hour arts and educational network.

“I am delighted to be joining the team at the Capitol Center for the Arts as we begin the next chapter of this wonderful organization’s story. As we emerge from the pandemic, brighter days

are ahead for the Capitol Center and the City of Concord. My family and I are excited to become a part of the community, as well as getting to know everyone and contributing to the cultural vitality of the region.”

Prizio holds a degree from Northeastern University where his concentration was on the business of the music industry. In addition to his years of experience in arts programming, he is a musician and former proprietor of Bread and Jam, a 150-seat music venue and coffee house. He has served as a grant reviewer for the New York State Council on the Arts, on the advisory committee for the SUNY Schenectady Department of Music, and as the Chairman of the Board for the Jazz on Jay Concert Series. 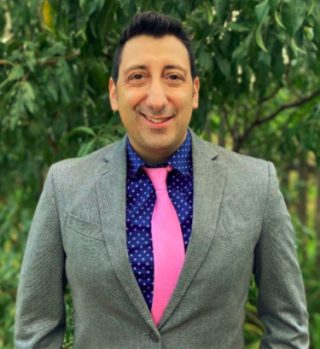 Angie Lane, Executive Director of Red River Theaters and a member of the CCA Search Committee said, “Sal is a dynamic, collaborative leader and his energy and enthusiasm are contagious. His depth of experience, creativity and advocacy for the arts will have a far- reaching impact beyond the immediate community. The Capitol Center for the Arts is a vital part the NH’s vibrant arts ecosystem and with Sal at the helm it is surely positioned to thrive. “

Reed also expressed his thanks for the work and leadership of Interim Executive Director Joe Gleason in particular, and the entire CCA staff for all they did to sustain the theatre through the pandemic and then to safely reopen both the Chubb Theatre and the Bank of New Hampshire Stage, and continued “Sal will be a tremendous leader for our team, and we can’t wait to welcome him and his family to Concord!”

Posted at 06:11 AM in Community/Civic Involvement | Permalink