Concord, NH – September is National Suicide Prevention Month and a new website created by The NH Coalition for Suicide Prevention gives parents, medical professionals, and others easy access to resources for preventing suicide.  New Hampshire has the second-highest suicide rate in New England and the 19th-highest suicide rate in the U.S.  https://www.zerosuicidesnh.org/

The NH Coalition for Suicide Prevention came together this year to enable individuals and organizations to work together toward the goal of zero suicide in the state.  The group’s new website includes straightforward guidance on understanding suicide risk and provides connections to experts across the state. It also shares stories of people who have overcome personal struggles and chosen life over suicide. The Coalition is a public-private-partnership with the goal of zero suicides, for two highly vulnerable populations: persons living with disability and veterans/first-responders struggling with Traumatic Brain Injury (TBI) and PTSD. 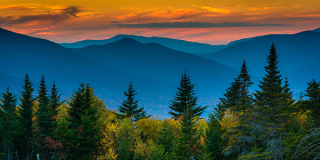 Steve Wade, Executive Director of the Brain Injury Association of NH and a founding partner, notes that “The COVID-19 pandemic has added to the isolation, depression, and anxieties that put folks at greater risk of suicide, especially Veterans with PTSD (post-traumatic stress disorder); people with disabilities or brain injuries; the elderly, police and first responders who have the difficult job of dealing with death on a daily basis. Now is the time to provide proactive guidance and foster a dialogue on suicide as a public health issue.”

Wade says that the NH Coalition for Suicide Prevention was designed to complement the effective work being done by other organizations in the state such as the State Suicide Prevention Council, the Department of Health and Human Services and the Samaritans.

He adds, “With organizations like the Brain Injury Association and ABLE NH on board, the NH Coalition for Suicide Prevention plans to continue to raise awareness about this important issue and welcomes other organizations with an interest in suicide prevention to join them in advocating for “prevention of all suicides, all the time.”

For more information about the NH Coalition for Suicide Prevention, contact Steve Wade at 603/225-8400.

Posted at 09:08 AM in Community/Civic Involvement, Health | Permalink