Manchester, NH--U.S. Representative Liz Cheney (R-Wyoming) will be the featured speaker at the Nackey S. Loeb School of Communications’ 18th First Amendment Awards. Cheney, Wyoming’s sole Congressional representative, is vice chair of the House Select Committee investigating the January 6 riot at the Capitol. The event will be held in the late afternoon, on Tuesday, November 9, at St. Anselm College’s Institute of Politics. 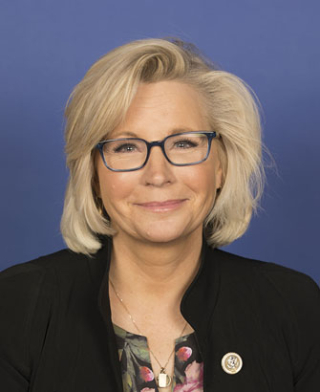 In a statement, Cheney said she was honored to attend. “Protecting our First Amendment freedoms is at the heart of our responsibility as elected officials,” she said.  "I look forward to helping to recognize New Hampshire citizens and organizations who are working to defend those freedoms.”

Cheney is an attorney, wife, and the mother of five. She has represented Wyoming since 2017. She joins a distinguished list of previous event speakers, including well-known journalists and elected officials. Both President Joe Biden and President Donald Trump were former Loeb School First Amendment Award speakers.

The event is an annual fundraiser for the nonprofit communications school, which provides free classes and resources in a variety of subjects relating to communications. During a global pandemic, the School achieved its educational mission by offering online classes to the largest numbers of students in its history. New classes in crisis communications, podcasting, open government, media literacy and misinformation have been added to core offerings in First Amendment law, digital marketing, news reporting, photography, public relations and more.

The School was founded by Nackey Scripps Loeb, the late publisher of the New Hampshire Union Leader and Sunday News.

A limited number of sponsorships with tickets remain for the event, with final in-person capacity to be determined based on prevailing COVID-19 conditions. For more information, visit  www.loebschool.org or email loebschool@loebschool.org.