Racial inequity is pervasive within the American health care system, and high prescription drug costs are no exception. Nearly 30 percent of individuals taking prescription medication struggle to afford the cost, with the burden most severely impacting those who make less than $40,000 a year and have medication costs over $100. These factors disproportionately impact Hispanic and Latino individuals, who are more likely to require medications for chronic health conditions, and earn household median incomes nearly $20,000 less than non-Hispanic white counterparts, resulting in reduced ability to pay at the pharmacy counter. 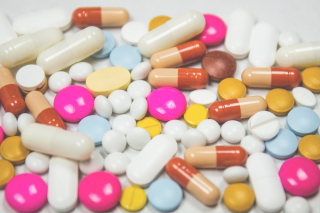 We must act now to lower prescription drug prices and end preventable illness. Big Pharma’s profittering knows no bounds. A recent Committee on Oversight and Reform report found that between 2016 and 2020, 14 drug manufacturers spent a whopping $577 billion on stock buybacks and dividends. This figure is $56 billion more than what was spent on research and development over the same period, proving that high drug prices are funding profits, not innovation. Congress must pass the Lower Drug Costs Now Act (H.R. 3), which would provide the federal government necessary power to negotiate prescription drug prices and rein in Big Pharma’s endless greed. Negotiation would save the government and patients nearly $600 billion on prescription drug costs, which could be reinvested to strengthen health care for millions of Americans.

Posted at 06:15 AM in Current Affairs | Permalink