Concord, NH -- New data from the Kaiser Family Foundation shows how President Biden's American Rescue Plan — which was signed into law in March — is lowering health care costs and expanding access to care in New Hampshire and across the country.

The American Rescue Plan included historic provisions to build on the strong foundation of the Affordable Care Act, and according to the data released by the Kaiser Family Foundation, millions of people across the country are benefiting. 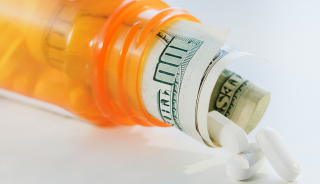 "The American Rescue Plan Act (ARPA) includes provisions that increase subsidies for Marketplace shoppers who were already eligible for financial assistance and removes the upper income cap on subsidy eligibility, eliminating what was known as the “subsidy cliff.”

Making health insurance more affordable and accessible is especially important as the country begins to recover from the COVID-19 pandemic, which cost millions of Americans their jobs, and their health insurance. In New Hampshire, 16,900 uninsured people are eligible for free Marketplace plans, many of whom (35%) are young adults aged 19-34.

The American Rescue Plan also includes robust financial incentives for the 14 states that have not yet implemented Medicaid expansion. An estimated 6 million people could gain coverage if the remaining holdout states expanded.

The American Rescue Plan is expanding access to quality, affordable health care in New Hampshire and across the country, and providing millions millions of people with desperately needed financial assistance as they recover from the pandemic. NH residents have Congressional Democrats to thank for this essential lifeline, because while some are claiming credit, not a single Republican in Congress voted for the American Rescue Plan.

You can read the Kaiser Family Foundation's report here, and learn more about the health care provisions in the American Rescue Plan here.