As part of Week 3 of Lower Rx Summer, Protect Our Care is releasing a new fact sheet outlining how the robust savings achieved under Medicare negotiation could be used in part to improve health care for seniors and older adults. Giving Medicare the power to negotiate lower drug prices will help patients save more than $100 billion dollars on their drug costs and will generate nearly $500 billion in additional savings, which can be reinvested to strengthen health care for millions of Americans, including for seniors. These savings could help establish an out-of-pocket cap for drug costs under Medicare and expand Medicare benefits to include hearing, vision, and dental. 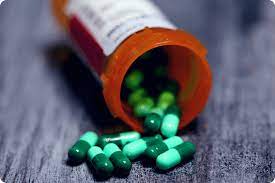 Senate Majority Leader Chuck Schumer And Senate Budget Committee Chair Bernie Sanders Support Expanding Medicare Benefits. Senate Majority Leader Chuck Schumer supports an effort, led by Sen. Bernie Sanders, to add dental, vision and hearing coverage to Medicare. “There is a gaping hole in Medicare that leaves out dental, vision, and hearing coverage. This is a serious problem,” Schumer wrote on Twitter. “I’m working with @SenSanders to push to include dental, vision, and hearing Medicare coverage in the American Jobs and Families Plans.”

More Than 150 House Democrats Support Adding Dental, Hearing, And Vision Benefits To Medicare. More than 150 House Democrats from across the party signed a letter in support of expanding Medicare’s benefits citing “a critical need to improve the traditional Medicare benefit to include dental, vision, and hearing.”

AARP Is A Strong Supporter Of Adding Dental, Hearing, And Vision Benefits To Medicare. AARP is a strong supporter of efforts to add vital coverage for dental, hearing, and vision to Medicare Part B and has endorsed The Lower Drug Costs Now Act (H.R. 3), historic legislation that gives Medicare the power to negotiate for lower drug prices for all Americans.

Most Seniors Don’t Have Dental Insurance And Many Go Without Needed Care Because Of The Cost. According to the CDC, in 2017, slightly less than one-third (29.2 percent) of adults aged 65 and over had dental insurance, and 7.7 percent of seniors skipped needed dental care because of concerns about the cost. Among Medicare beneficiaries who used dental services, average out-of-pocket spending on dental care was $874 in 2018, and one-fifth spent more than $1,000 out of pocket.

Seniors Overwhelmingly Support Adding A Dental Benefit To Medicare. Recent polling from the University of Michigan found that 93 percent of older adults said they would favor a policy that would add a dental benefit to Medicare.

Nearly Every Medicare Beneficiary Uses Corrective Lenses. A 2015 study found that 92.4 percent of Medicare beneficiaries reported using eyeglasses for either distance or near vision correction. Less affluent Medicare patients were less likely reporting using eyeglasses, suggesting that many seniors may be avoiding needed vision care because of the costs.

Millions Of Seniors Go Without Hearing Aids Because Of Costs. A University of Michigan study found that just over a third of older adults who say they have hearing loss are using a hearing aid to correct it, with cost being a prohibitive factor. Hearing aids can cost thousands of dollars out of a patient’s pocket because most health insurance programs, including Medicare, don’t cover them.

Untreated Hearing And Vision Loss Puts Seniors’ Health At Risk. Untreated hearing loss in older adults can lead to a variety of physical and mental health problems. Hearing loss increases the risk of dementia, falls, and depression and may increase social isolation and reduce cognitive function.

Capping Out Of Pocket Drug Costs

The Democratic Plan To Reduce Drug Prices Would Cap Out Of Pocket Drug Costs For Seniors. In addition to giving Medicare the power to negotiate drug prices, the H.R. 3 would also limit prices so they could not rise faster than inflation and cap how much Medicare beneficiaries pay out-of-pocket each year at $2,000.

Nearly Nine In Ten Seniors Currently Take Prescription Medication, With Millions Struggling To Afford The Cost. One in four adults over 65 report difficulty affording their prescription drugs. Seniors most likely to experience difficulty are: in poor health, have an annual household income under $30,000, and/or take four or more prescription medications.

Medicare Has No Out-Of-Pocket Limit For Prescription Drugs. Individuals on Medicare are the only insured Americans to have no cap for out-of-pocket medication costs. Once Medicare beneficiaries are out of the coverage gap and have obtained catastrophic coverage, they are still responsible for coinsurance and copayments costs.

Out-Of-Pocket Costs For Specialty Medications Are Skyrocketing. Even with catastrophic coverage, Medicare Part D enrollees can face thousands of dollars in out-of pocket expenses for specialty drugs. Kaiser Family Foundation anticipated the average 2019 out-of-pocket cost for specialty drugs to be $8,109.

High Out-Of-Pocket Costs Force Seniors To Forgo Medications. One in five seniors report not taking their medications as prescribed due to cost. A 2021 study found that increasing out-of-pocket costs by only $10 created a 23 percent decrease in Medicare beneficiaries taking prescription drugs as instructed, as well as a 33 percent increase in mortality.

Seniors Are Forced To Put Off Retirement To Access Needed Drugs. Without a limit on out-of-pocket costs for prescriptions, many older Americans continue working to retain access to employer insurance plans which offer additional coverage. Postponing the transition to Medicare also allows for the continuation of financial assistance from pharmaceutical manufacturers, not available to Medicare beneficiaries.