Home Archives Subscribe
Open Enrollment Starts Sunday, November 1
How Trump’s Sabotage of Health Care and Failure to Get the Coronavirus Under Control Has Devastated Rural America

Concord, NH -President Trump’s failure to take decisive action to contain the pandemic has resulted in catastrophic consequences for the United States. Almost nine million Americans have been infected by a virus that shows no signs of slowing down, while more than 226,000 people have lost their lives. Perpetual and worsening outbreaks have created uncertainty for when life will return to normal. Among those paying the price for the President’s incompetence are children and young adults.

President Trump and his closest allies have regularly insisted that children and young adults are “virtually immune” to the virus. But we know that’s not the case — these groups can contract the virus, become ill, and transmit it to other more vulnerable groups. And as the outbreak spirals out of control and schools are forced to close for the wellness of both students and teachers, these groups suffer serious health, developmental, and emotional consequences. President Trump’s negligence in responding to the pandemic has thus had unique and disastrous consequences for children and young adults.

President Trump’s Failure To Contain The Virus Has Put Children And Young At Physical, Mental, And Developmental Risk, And Endangered Others

Despite Trump’s Claim That Children And Young People Are Not Affected By COVID-19, Evidence Is Clear That They Can Get Infected, Become Ill And Die From The Virus. By October 22, nearly 800,000 children have been infected in the US with COVID-19 since the beginning of the pandemic, making up for 11 percent of all cases to date. As more schools open across the country and states experience spikes, cases among children have increased 14 percent over two weeks and the U.S. reported nearly 95,000 new cases in children between October 8 and October 22. Cases among children spiked 90 percent between mid-July and mid-August as states recklessly reopened. By mid-October, more than 1,000 children across the country who were diagnosed with COVID-19 developed a serious and potentially fatal condition called multisystem inflammatory syndrome where symptoms include fever, rashes, abdominal pain, diarrhea, and vomiting. An August study showed that one-third of children hospitalized with COVID-19 were admitted to an intensive care unit, a rate similar to adults.

Black, Indigenous, And Latino Or Hispanic Children Are Much More Likely To Become Ill And Die From The Virus Than White Children. An August study by the Centers for Disease Control and Prevention found that Hispanic children were eight times as likely as their white counterparts to be hospitalized with coronavirus, while Black children were five times as likely. Similar disparities were found among children who experience Multisystem Inflammatory Syndrome, a COVID-related illness found among children: a different August report from the CDC found that 40 percent of MIS-C patients were Hispanic or Latino, 33 percent were Black, and only 13.2 percent were white. The vast majority of children who die of COVID-19 are also Black, Hispanic, or Indigenous — a September CDC report found that, of deaths among people under the age of 21, 45 percent were Hispanic, 29 percent were Black and 4 percent were American Indian or Alaska Native. These groups respectively only account for 25.6 percent, 13.4 percent, and .8 percent of children in the United States.

President Trump’s Failure To Contain The Virus Will Have Consequences For The Health Of Children. The perpetual and worsening outbreak in the United States have caused great uncertainty for school districts, who must navigate the health staff and students. While school openings could endanger teachers (especially those with pre-existing conditions) and provide opportunities for students to contract the virus and later transmit it to family members, school closings also jeopardize the wellness of children. The pandemic has brought about a disruption in the routine of millions of students, who are experiencing behavioral challenges as a result. In a June survey, nearly a third of parents had already reported that their child had experienced harm to their mental health.

Trump’s Own CDC Has Found That Children And Young Adults Can Transmit The Virus To Others. A July report from the CDC found that children of all ages were both susceptible to the virus and capable of transmitting into others. The report analyzed an outbreak at a Georgia summer camp in which 260 campers and staff members contracted the virus in less than a week. The report concluded that, despite efforts by the summer camp to mitigate the transmission, the virus spread “efficiently… resulting in high attack rates among people in all age groups.” The CDC has also found that spikes among young adults precede infections among the older, more vulnerable demographics with whom young adults come into contact. Over the summer, when incidence of the virus was highest amongst those in their 20s, a spike among those in their sixties rapidly followed.

Children Have Already Lost Coverage At Alarming Rates Under Trump

Trump has spent four years sabotaging the ACA and Medicaid, which has had devastating effects on children’s coverage.

Trump’s War On Medicaid Has Hurt Children. More than one million children lost Medicaid coverage between 2017 and 2019. Experts point to Trump’s immigration rhetoric and Medicaid policies, including onerous paperwork requirements, for having deterred families from obtaining coverage. Coverage losses have hit communities of color the hardest, with the largest drops in coverage being among Hispanic and Latino families. Between 2016 and 2018, the uninsured rate for Hispanic children rose from 7.6 percent to 8.0 percent.

Almost three million children nationwide gained coverage thanks to the ACA, including 600,000 Latino children. Health care for children and young adults is especially important as the nation continues to battle the coronavirus pandemic. As millions of families have lost their health care as a result of coronavirus-related job losses, the ACA and Medicaid expansion give them a place to turn to for comprehensive, affordable coverage. Research from Georgetown’s Center for Children and Families has already revealed an uptick in children’s Medicaid enrollment during the pandemic. 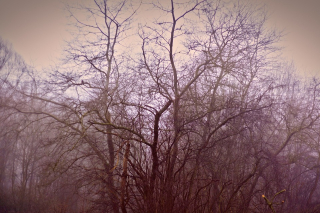 If The ACA Is Struck Down:

Expanding access to Medicaid for parents has had ripple effects for their children. If the ACA is struck down, this progress could be reversed.

Medicaid Expansion Led To Gains In Coverage For Children As Well As Parents. A study in Health Affairs found that “710,000 children gained public coverage when their parents enrolled in Medicaid between 2013 and 2015. If the remaining 19 non-expansion states expanded Medicaid, 200,000 additional children would gain health coverage through existing programs. The effect was largest among children whose parents gained Medicaid eligibility through the expansion.” [Georgetown University Center for Children and Families, 1/12/18]