Washington, DC — During this week’s debate, Vice President Mike Pence failed to answer a basic question about how he and President Trump would protect people with pre-existing conditions and waved away concerns about Senate Republicans rushing to confirm anti-ACA Judge Amy Coney Barrett to the Supreme Court. In response Protect Our Care Executive Director Brad Woodhouse issued the following statement: 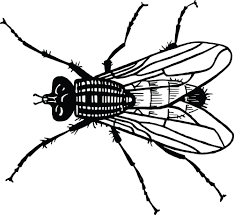 “As President Trump’s Vice President, Mike Pence is responsible for the administration’s war on health care. Pence has cheered on Trump’s relentless attacks on Americans’ health care including multiple attempts to repeal the Affordable Care Act. When those attempts were unsuccessful, Pence supported the Trump-Republican lawsuit to completely dismantle the ACA. That case will be heard before the Supreme Court one week after the election, and if successful, would rip health care from more than 20 million Americans and remove protections for more than 135 million people with pre-existing conditions in the middle of a pandemic. Now, Pence is leading the White House effort to rush through the nomination of anti-ACA Judge Amy Coney Barrett. What we saw from Mike Pence tonight was a concerted effort to hide his health care record and an inability to answer even a basic question about how he and President Trump would protect people with pre-existing conditions. The truth is he has been complicit in President’s Trump endless health care sabotage.”

Trump’s Lawsuit to Overturn the Affordable Care Act Would Eliminate Protections for 135 Million People with Pre-Existing Conditions — and, Despite Claims to the Contrary, Republicans Have No Plan If the Law is Struck Down

Before the election, the Senate plans to rush through President Trump’s nomination of Judge Amy Coney Barrett to the Supreme Court before voters have a chance to make their voices heard. President Trump and his enablers in the Senate see the nomination of Judge Coney Barrett as their opportunity to accomplish what they haven’t been able to do legislatively — completely dismantle the Affordable Care Act and its protections for more than 135 million people with pre-existing conditions. One week after the election, the Supreme Court will hear oral arguments in California v. Texas, the Trump-Republican lawsuit that if successful, would overturn the ACA and throw our entire health care system into chaos.

Trump and Senate Republicans want to tilt the balance of the court ahead of the lawsuit in their favor, and Judge Coney Barrett is their best chance to do it. Ending protections for people with pre-existing conditions is extremely unpopular with voters, so Senate Republicans and Trump have been scrambling to obscure their record and say they support these protections, but these lies are clearly just another election year stunt to try to distract voters from their decade-long war on health care. The reality is, they are in court trying to overturn the ACA — the gold standard for protecting people with pre-existing conditions.

Posted at 08:48 AM in Current Affairs, Educational | Permalink