Washington, DC — Republican members of the Senate Judiciary Committee voted today to advance Judge Amy Coney Barrett’s Supreme Court nomination to a full Senate floor vote, despite her unwillingness to answer questions about Americans’ health care during her hearings last week and President Trump’s transparent intent to rush her onto the court to overturn the ACA. One week after Election Day, the Supreme Court will hear oral arguments in California v. Texas, Trump’s lawsuit to completely dismantle the Affordable Care Act. Senate Republicans are rushing through Judge Coney Barrett’s nomination while voters are already casting ballots for the 2020 election because they are confident she will be a reliable vote to overturn the ACA in court. In response, Protect Our Care NH  State Director JH Simoes issued the following statement: 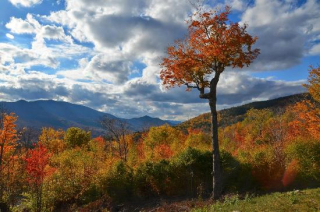 “With today’s vote, Republican members of the Senate Judiciary Committee have made crystal clear where they stand on the Affordable Care Act and the protections it provides for more than 135 million people with pre-existing conditions. As her nomination moves to the floor of the Senate, their Republican colleagues should bear in mind that a vote to confirm Judge Amy Coney Barrett is a vote against Americans’ health care. In a desperate bid to hold onto power, Republicans have been misleading voters ahead of the election about protecting voters with pre-existing conditions, but their actions speak louder than their lies. The truth is, they are in court right now trying to overturn the ACA, the gold standard for protecting people with pre-existing conditions, and they are rushing Judge Coney Barrett onto the court to help them do it.”

Report: Why the ACA Is the Gold Standard for Protecting People with Pre-Existing Conditions

Posted at 11:26 AM in Community/Civic Involvement | Permalink