As the Republican National Convention kicks off, Trump and his allies will be hard at work trying to deceive Americans about their persistent war on American health care. Health care is a top priority for voters in the upcoming election and Trump knows voters don’t support his attacks on the Affordable Care Act, including his lawsuit to completely overturn the law that will be heard before the U.S. Supreme Court one week after the election. If successful, this lawsuit will end protections for over 135 million Americans with pre-existing conditions and will cause another 23 million to lose health care coverage during an ever worsening pandemic. During the RNC, Trump and the Republicans will try to spin his disastrous actions to rip health care away from millions of Americans, but voters know his true record:

President Trump touts his record on prescription drugs, but the truth is that the cost of prescription drugs continues to skyrocket. Donald Trump promised that he would lower drug costs, but instead he gave drug companies billions in tax breaks. The year after the tax bill passed, the largest drug companies made $50 billion in profits and subsequently used their savings to invest billions more in stock buybacks for their shareholders. Meanwhile, more than 4,000 drugs saw price increases averaging 21 percent in 2019, and drug prices are steadily rising even as the nation fights the coronavirus crisis. Trump has rejected common sense reforms, like giving Medicare the power to negotiate for lower prices. 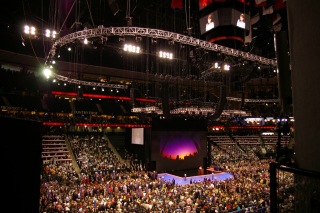 Trump often highlights his expansion of “cheaper” health insurance plans, but really his administration just funneled people into junk plans that do not include protections for pre-existing conditions. After dramatically cutting outreach and advertising funding for ACA enrollment, the Trump administration encouraged groups using the remaining funds to push people to sign up for junk plans that do not need to cover pre-existing conditions. Junk plans are particularly harmful during the coronavirus crisis: One analysis found widespread misleading marketing of short-term plans during the pandemic. Reports have already shown that patients covered by these plans have been left with thousands of dollars in medical bills for seeking treatment for coronavirus symptoms.

What They Won’t Tell You

The Trump administration is before the Supreme Court trying to overturn the entire ACA. Trump notoriously tried and failed multiple times to repeal the Affordable Care Act. All of the repeal bills that went through Congress would have caused millions of Americans to lose their health coverage and raised premiums for millions more. Now the Trump administration has thrown its full support behind a lawsuit that would do the same. If the Republican lawsuit is successful, 23 million Americans will lose their coverage and more than 135 million people will lose protections for pre-existing conditions, including the millions of Americans who contracted the coronavirus. The lawsuit will be heard one week after the election.

Millions of people have lost coverage under Trump. Census data revealed the uninsured rate rose for the first time since the implementation of the Affordable Care Act under Trump. The rate increased from 7.9% in 2017 to 8.5% in 2018, or by approximately 2 million people. More than one million children lost Medicaid coverage between 2017 and 2019. Health care experts have pointed to a “chilling effect” from Trump-backed policies, including Medicaid work requirements. And as a result of Trump’s failed coronavirus response, an estimated 27 million people could lose their employer-sponsored health coverage during the pandemic.

Trump’s budgets would have slashed Medicare and Medicaid. Donald Trump’s proposed federal budget in 2019 would cut funding for Medicare by more than $800 billion and repeal the ACA. Additionally, the budget would cut $1.5 trillion from Medicaid, which would result in millions of people losing health coverage, cuts to nursing home care, and cuts to care for children with disabilities. Most recently, Trump’s 2021 budget would reduce Medicare spending by $500 billion, in addition to more than $1 trillion in cuts to the ACA and Medicaid.

Trump has declared war on Medicaid. The Trump administration has worked tirelessly to dismantle Medicaid, particularly through his efforts to impose enrollment barriers and red tape. After Arkansas imposed the nation’s first so-called work requirements program, more than 18,000 residents lost Medicaid coverage. While these state efforts have been blocked by a federal judge several times, the Trump administration keeps fighting to impose work reporting requirements in Medicaid, appealing federal court rulings that blocked such requirements because they are illegal. Meanwhile, a recent GAO report found that the administrative costs to implement the failed work requirement programs in five states topped $400 million.

Trump’s policies promote discrimination against women, people of color and LGBTQ Americans. Since taking office, the Trump administration has taken multiple steps to make it harder for women, people of color, and LGBTQ Americans to access health care. For example, in August 2019, the Trump administration began enforcing a rule that bars certain federally-funded clinics from referring women for abortions. As a result, the nation’s largest recipient of Title X funds, Planned Parenthood, was forced to exit the program, losing $60 million in funding previously used to provide birth control and reproductive health care services for low-income women. Moreover, experts point to Trump’s immigration policies for having deterred many Latino families from getting coverage, resulting in steep coverage losses, especially for children. Trump has also tried to make it easier for transgender Americans to be discriminated against in health care settings and allow providers’ to refuse patient care on the basis of the provider’s personal beliefs, a move likely to undermine access to care for patients who already face health care disparities.