Last night at the Republican National Convention, Republicans continued to lie about their health care record, this time on protections for pre-existing conditions. In a speech, White House Press Secretary Kayleigh McEnany falsely claimed that President Trump “stands by Americans with pre-existing conditions.” The truth is that one week after the election the U.S. Supreme Court will hear oral arguments in California v. Texas, a lawsuit brought by the Trump administration to completely dismantle the Affordable Care Act. If successful, Trump’s lawsuit would rip away health care from more than 23 million Americans, end protections for more than 135 million people with pre-existing conditions and throw the entire American health care system into chaos as the nation faces the worst public health crisis in a century.

What’s At Stake: Protections For People With Pre-Existing Conditions

Without the ACA, protections for 135 million Americans with pre-existing conditions will be eliminated overnight, and the uninsured rate will increase by 65 percent. Making matters worse, if the ACA is struck down, everyone who contracts the coronavirus could be deemed as having a pre-existing condition and be at the mercy of their insurance companies who could refuse to pay for needed care. It’s critical that Americans understand just what’s at stake if this outrageous and irresponsible lawsuit succeeds. 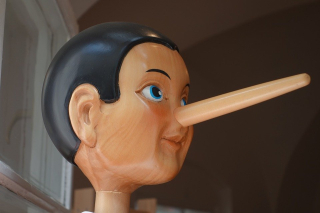 Insurance Companies Would Not Have To Provide The Coverage You Need. The Affordable Care Act made comprehensive coverage more available by requiring insurance companies to include “essential health benefits” in their plans, such as maternity care, hospitalization, substance abuse care and prescription drug coverage. Before the ACA, people had to pay extra for separate coverage for these benefits. For example, in 2013, 75 percent of non-group plans did not cover maternity care, 45 percent did not cover substance abuse disorder services, and 38 percent did not cover mental health services. Six percent did not even cover generic drugs.

Before the Affordable Care Act, insurance companies routinely denied people coverage because of a pre-existing condition or canceled coverage when a person got sick.