Rep. Pappas Co-Sponsors Resolution to Protect Millions From the Trump Administration’s Push to Terminate the ACA in the Middle of a Pandemic

Concord, New Hampshire — Yesterday, Rep. Pappas along with Rep. Abigail Spanberger (VA-07) along and some of their House colleagues introduced a resolution demanding that the Department of Justice defend the Affordable Care Act (ACA) in court and drop the lawsuit to repeal the health care law and protections relied on by millions of Americans as the nation faces the worsening coronavirus pandemic. Protect Our Care New Hampshire State Director Jayme Simoes issued the following statement in response: 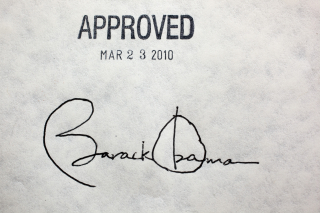 “This resolution, championed by Rep. Spanberger and co-sponsored by Rep. Pappas, would help to protect 23 million Americans from having their health care ripped away in the middle of a pandemic. Even as the nation faces the worst public health crisis in a century, the president and his Republican allies are trying to overturn our health care law before the Supreme Court, and, if successful, would reverse the enormously successful expansion of Medicaid and end protections for more than 135 million with pre-existing conditions, including every American who had or will have COVID-19. Rep. Spanberger’s resolution sends a clear message that enough is enough — it’s time for President Trump to drop this senseless lawsuit and quit playing games with Americans’ health care.”

Posted at 10:44 AM in Community/Civic Involvement, Current Affairs, Health | Permalink