Home Archives Subscribe
COVID-19 health disparities in New Hampshire
Rep. Pappas Co-Sponsors Resolution to Protect Millions From the Trump Administration’s Push to Terminate the ACA in the Middle of a Pandemic 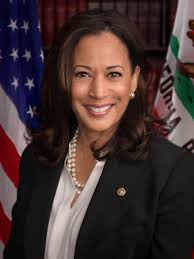 “Kamala Harris has been a health care champion in the U.S. Senate since the day Vice President Biden swore her into office. Senator Harris’ strong leadership on health care makes her the perfect choice to help Joe Biden lead our country out of the worst health care crisis in generations. She fought tooth and nail against President Trump’s dangerous lawsuit that would overturn the Affordable Care Act and rip coverage away from 23 million people in the midst of a pandemic. A staunch defender of Medicare and Medicaid and a leader on protecting people with pre-existing conditions and lowering the cost of prescription drugs, Senator Harris will work tirelessly with Joe Biden to ensure that everyone has access to the affordable, quality health care they need, particularly during the coronavirus pandemic.”

President Trump is trying to rip away our health care by going to court to eliminate the Affordable Care Act in its entirety. If the Texas lawsuit is successful, it will strip coverage from millions of Americans, raise premiums, end protections for people with pre-existing conditions, put insurance companies back in charge, and force seniors to pay more for prescription drugs. Kamala Harris has been a consistent voice leading the charge against this devastating lawsuit.

Harris On The Lawsuit To Overturn The ACA: “We Must Fight With Everything We Have To Avert This Catastrophe.” “My mother was a breast cancer researcher. She understood, from a career of looking at cancer cells under a microscope, that no matter who we are or where we are from, our bodies are essentially the same. They work the same way — and they break down the same way, too. She got sick before the Affordable Care Act became law, back when it was still legal for health insurance companies to deny coverage for pre-existing conditions. I remember thanking God she had Medicare. That’s something I’ve been thinking a great deal about in the days since a federal district judge in Texas, ruling in a lawsuit filed by a group of Republican governors and state attorneys general, declared the Affordable Care Act unconstitutional. This was not the first attack by Republicans on the law, but if upheld, it will be the most catastrophic. Without the protections of the A.C.A., Americans with pre-existing conditions could be denied health insurance and insurance companies would once again be allowed to discriminate based on age and gender. According to the Kaiser Family Foundation, more than 50 million Americans could be rejected for coverage by health insurers if the A.C.A. were to disappear. At the same time, people in their mid-20s would get kicked off their parents’ plans. Lifetime caps could come back. Out-of-pocket costs would no longer be capped. The expansion of Medicaid in dozens of states could be reversed. The human toll would be unthinkable, with some experts estimating that 20,000 to 100,000 people could die each year. We must fight with everything we have to avert this catastrophe.” [Kamala Harris Op-Ed, New York Times, 12/29/18]

Harris: “The Affordable Care Act Brought Health Care To Millions Of People Who Didn't Have It. Bill Barr Is Trying To Get Rid Of It In The Midst Of A Public Health Crisis.” [@KamalaHarris, 4/23/20]

Harris Sponsored Legislation Authorizing The Senate Legal Counsel To Intervene In The Trump-Republican Lawsuit And Defend The ACA. Harris cosponsored a resolution (S. Res. 18), which would authorize Senate legal counsel to defend the Affordable Care Act against attack in Texas v. Azar.

If the Texas lawsuit is successful:

Kamala Harris Is Working To Block “Junk” Insurance Plans That Can Refuse To Cover Pre-Existing Conditions, Including Covid-19

Junk plans allow insurance companies to deny coverage to people with pre-existing conditions, limit care, and put consumers at risk of financial ruin and limit the care consumers get:

2019: Harris Cosponsored The Medicare Drug Price Negotiation Act. Harris is a cosponsor of the Medicare Drug Price Negotiation Act, which would require the Centers for Medicaid and Medicare Services negotiate the prices of covered drugs and either establish a formulary for covered drugs, or require changes to PDP formularies that take into account CMS negotiations. [S. 99, 116th Congress]

2020: Harris Is Fighting Back Against Republican Attempts To Strip Protections From Millions Of Americans With Pre-Existing Conditions During The Covid-19 Pandemic. “We are still in the midst of a historic public health crisis that requires access to health care. The number of coronavirus infections and deaths continues to grow every day. Many frontline workers still don't have the personal protective equipment they need as they courageously risk their lives to serve others and keep our country running. Families across the country have lost their incomes -- and health insurance -- and don't know how they'll pay bills or put food on the table. More than 40 million workers in the US have filed for unemployment. Now more than ever, people need reliable health care that they can afford. But the Trump administration wants to tear down the Affordable Care Act (ACA) that provided access to health care for millions of people across the country. The ACA is a literal lifesaver: 20 million more Americans now have health insurance; 135 million people with pre-existing conditions now have protections; 17 million people now have coverage under expanded Medicaid; 12 million seniors now pay lower prescription drug costs; and 2.3 million young people can stay on their parents' health insurance. But if Republicans and the Trump administration have their way, millions of people will have the rug pulled out from under them in the middle of a deadly global health crisis.” [Kamala Harris Op-Ed, CNN, 6/17/20]

2017: Harris Helped Defeat The Senate “Repeal And Delay” Plan. Harris voted against the Obamacare Repeal and Replacement Act was a Republican effort to repeal the ACA without a replacement. Known as “repeal and delay,” the bill repealed major sections of the ACA, including the Medicaid expansion and premium tax credits, in 2020. [HR 1628, Roll Call Vote #169, 7/26/17]

2017: Harris Helped Defeat “Skinny Repeal” Of The ACA. Harris voted against “Skinny Repeal” of the ACA, which repealed the individual mandate and delayed the employer mandate while leaving most of the rest of the law in place. [HR 1628, Roll Call Vote #179, 7/28/17]

According To CBO, Skinny Repeal Would Have Resulted In The Largest Coverage Loss in American History: