BREAKING: SCOTUS to Hear ACA Arguments One Week After Election

Today, the U.S. Supreme Court announced it will hear oral arguments in California v. Texas on November 10, 2020, one week after the 2020 election. If successful, this case brought by Republican attorneys general and the Trump administration would dismantle the Affordable Care Act, rip away health care from more than 23 million Americans and end protections for more than 135 million people with pre-existing conditions. In response, Protect Our Care Chair Leslie Dach issued the following statement: 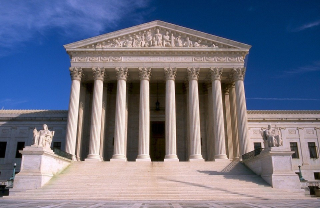 “The U.S. Supreme Court made clear today that health care is on the ballot this November. One week after election day, Donald Trump will be before the Supreme Court arguing that the entire ACA be dismantled in the middle of a pandemic. Let’s be clear: no matter what the president or his Republican allies say, this is Donald Trump’s health care plan — 23 million people losing their insurance and 135 million Americans with pre-existing conditions losing their protections. Four more years of President Trump would be a disaster for America’s health care. The contrast between Trump and Vice President Joe Biden could not be more clear or more consequential.”

President Trump is trying to rip apart our health care by going to court to eliminate the Affordable Care Act in its entirety. If the Trump lawsuit is successful, it will strip coverage from millions of Americans, raise premiums, end protections for people with pre-existing conditions, put insurance companies back in charge, and force seniors to pay more for prescription drugs. The result will be to — as the Trump Administration itself admitted in Court — unleash “chaos” in our entire health care system.

Thanks To The Republican Lawsuit, 20 Million People Could Lose Their Coverage

Republicans Want To Give Insurance Companies The Power To Charge You More, While Their Profits Soar

Republicans Want To Give Insurance Companies The Power To Limit The Care You Get, Even If You Have Insurance Through Your Employer