In the early morning hours of July 28, 2017, Senator John McCain made one of the most consequential votes in the history of American health care when he gave his memorable “thumbs-down” to block Senate Republicans’ effort to repeal the ACA. Blocking repeal in the Senate was particularly meaningful to those of us at Protect Our Care. We were founded for the purpose of stopping repeal, and working alongside hundreds of groups and health care champions across the country, and listening to the voices of Americans in town halls, was a powerful experience for all of us.

McCain’s vote three years ago should have been a wake up call for the Trump administration and Republicans to stand down from their relentless efforts to tear apart the ACA, yet their war on Granite Staters’ health care has continued to grow more destructive, particularly as the nation faces a global pandemic. 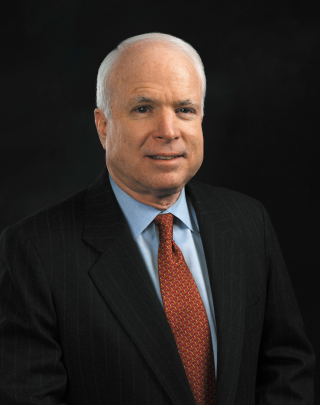 In 2017, Senator McCain offered Republicans a chance to chart a different course from their relentless quest to repeal the law. But instead, under the leadership of Donald Trump and Mitch McConnell, they chose to double down on their repeal at all costs approach.

That strategy cost them dearly at the ballot box in 2018 and made Nancy Pelosi Speaker of the House. Now, we are in the middle of a pandemic and Republicans continue to remain steadfast in their determination to destroy the law at every turn. Democrats in Congress meanwhile, remain committed to making health care more accessible and affordable for the American people during this crisis. This dichotomy, along with the president’s failed response to coronavirus, will set the agenda for the November election on what will be the number one issue on the minds of Americans. The difference between the parties’ priorities could not be clearer.

Now, Republicans are also trying to do in the courts what they failed to do in Congress: completely overturn the law. But they still have no replacement and no plan for the more than 20 million Americans who receive coverage under the ACA, including 89,000 Granite Staters, and protections for 571,300 Granite Staters with pre-existing conditions. As the nation faces a deadly pandemic that tests our health care system and threatens the health and safety of every American like never before, it’s unconscionable that Republicans are still plowing ahead with their efforts to take away health care.

Since 2018, the ACA has only grown in popularity and in importance.

Polling shows that the majority of Americans support the ACA. Americans also support the ACA’s key provisions such as Medicaid expansion and protections for pre-existing conditions, which have been a lifeline for Americans as we deal with the coronavirus pandemic that threatens everyone’s health and safety. The ACA has also made a historic contribution to improving health care for communities of color, particularly for Black Americans. By increasing coverage and improving health outcomes, the law has also helped narrow racial disparities in maternal health, cancer care and more.

Right now, however, the Trump administration and a group of Republican attorneys general are arguing before the Supreme Court that it should strike down the entire Affordable Care Act — in the middle of a pandemic — without any replacement. If they succeed, they would rip away health care from more than 23 million Americans. They would end protections for the more than 135 million people with pre-existing conditions, including for the millions of Americans who have contracted the virus. And they would eliminate Medicaid expansion, raise drug prices for seniors and kick adult children off their parents’ health coverage. This would be on top of the estimated 27 million Americans who may lose their employer insurance because of this crisis.

This disastrous approach would be bad enough in normal times. But we are not in normal times. The worst pandemic in a century is killing thousands of Americans every day, and our country leads the world in the numbers of COVID infections and deaths in spite of the fact that we constitute only four percent of the world’s total population. Surveys show that large majorities of Americans oppose the Republican effort to terminate ACA in the middle of this pandemic.

As we approach the three year anniversary of Senator McCain’s vote, it’s clear that the Republican Party and it’s leader, President Trump, have learned nothing from their failures. It didn’t have to be this way. Rather than continue their decade-long obsession with repealing the Affordable Care Act, Senator McCain gave Republicans the opportunity to chart a new course of working in a bipartisan fashion to try to improve health care. Sadly, they continue to refuse that common sense path. Health care will be on the ballot this November, not just for President Trump, but also for incumbent Republicans in the House and Senate like Martha McSally, Thom Tillis, Joni Ernst, Steve Daines and Cory Gardner, and it will cost them in November 2020, just as it did in November 2018.

Posted at 06:53 AM in Current Affairs | Permalink