Home Archives Subscribe
5.4 million American Workers Have Lost Their Health Insurance in Pandemic-Driven Recession
Impacts of COVID-19 in NH Are Far From Over for New Hampshire’s Tourism Industry

He is only the third individual in history to receive the Business Leader of the Decade award, recognizing his impact as broad, deep, and long lasting, and demonstrating a profound dedication to the state of New Hampshire. Congressional leaders said in all he has done, Brodsky has brought heart and ingenuity to create permanent, positive solutions to complex societal problems. 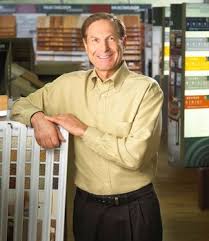 “Howard’s visionary leadership has helped foster innovation and expand opportunity by supporting entrepreneurs and family businesses across the country through the cooperative business model,” U.S. Senator Maggie Hassan said in response to Brodsky’s recognition, “Howard always puts people first and in addition to his leadership in the private sector, goes above and beyond to support critical community non-profits. We are indeed lucky to have him in our state and I am eager to see what he will accomplish next.”

Brodsky hopes that this award will shine a light on how successful the cooperative business model can be. Brodsky said, “While business awards and rankings often favor big corporations with powerful investors, this recognition is proof that business success and strong leadership can live harmoniously with a passion for doing good and empowering others.”

“I am certainly proud of this personal recognition,” commented Brodsky. “But it is the recognition of a better way of doing business that gives me the most pride and hope for the future. We are combating massive consolidation of businesses and the control Amazon, Walmart and others wield in the marketplace. We believe in leveling the playing field and giving scale to family businesses to ensure that they not only survive, but thrive in America,” added Brodsky, who also was Chairman of the National Judging Panel for the North American Retail Consumer Ernst & Young Entrepreneur of the Year Award.

Community leaders said Brodsky is a visionary social entrepreneur and a recognized, local, national and world leader of shared ownership business models. He most notably co-founded CCA Global Partners, building the organization into a $10+ billion company serving 1 million family businesses and 20,000 childcare centers; recently recognized as the second largest privately held company in New Hampshire, one of the largest retail companies in America, and the fourteenth largest retail cooperative in the world.

“What a deserving honor for Howard, whose leadership and impact extend across the state, the country.  While Howard enjoys international fame, he remains committed to his hometown and state, remains grounded and gracious, and leads with warmth, humor, and a big heart,” stated Paul Leblanc, President of Southern New Hampshire University.

During his career, Brodsky has founded 20 cooperative businesses and nonprofits and served on 23 boards of directors. Today, CCA Global Partners operates 15 separate business divisions in various industries and is the largest retailer of flooring in the United States, outpacing Home Depot and Lowe’s.

“Howard has built an internationally recognized business that is one of New Hampshire's largest private employers, and he has spearheaded the future of a business model that balances the needs of shareholders, customers, employees, and their communities,” U.S. Congressman Chris Pappas said.

New Hampshire Governor Chris Sununu also praised Brodsky. After learning about the award, Governor Sununu expressed, “Howard Brodsky exemplifies what it means to be a Granite Stater. Through the years, Howard has shown a commitment to making the world a better place by improving the lives of people here in New Hampshire — and across the world.”

Nonprofit leaders said Brodsky is a true champion of people and community. He is the co-founder of The Brodsky Prize for Excellence in Student Journalism, with his son, Jeffrey; founding board member of Start.coop a new cooperative business accelerator, with his son Greg; and founder of Cooperatives for a Better World. He founded the New Hampshire Better Business Bureau and has served as its chairman for 25 years. Working with the New Hampshire Charitable Foundation and New Hampshire Center for Nonprofits, he created Nonprofit Shared Resources, known today in New Hampshire as NonprofitNext, a web-based platform offering shared best practices and operational resources to NH-based nonprofits.

Brodsky was appointed by then-Governor Maggie Hassan to serve as vice-chair of the state’s Innovation Commission, tasked with envisioning creative solutions to longstanding struggles of state government. He is the longest serving trustee at Southern New Hampshire University, now at 18 years. Brodsky was also an instrumental leader in the merger of Eliot Hospital and Southern New Hampshire Medical Center into SolutionHealth. He has been recognized in the Entrepreneur Hall of Fame, the World Affairs Council Global Leadership Award, and named the first American to win the Rochdale Award, in 2019 – considered the “Nobel Prize” of global cooperatives; Brodsky received the Rochdale Award in Rwanda and was interviewed by CNBC Africa.

“Howard Brodsky represents everything we seek to recognize with the Business Leader of the Decade Award,” stated Matt Mowry, Editor of BusinessNH Magazine. “He is a visionary leader who not only has led his company to success, but has shown exemplary leadership in his industry and in the state. Howard has helped to significantly advance cooperatives and family businesses in New Hampshire, across the country and around the world. He also gives back to communities in meaningful ways, whether it is founding the Better Business Bureau in New Hampshire, championing the Big Brothers Big Sisters program or serving on many nonprofit boards. His accomplishments impressed our judges and we are excited to share his achievements with our readers.”

To read the Business Leader of the Decade story, visit businessnhmagazine.com. For more on Brodsky, CCA Global, and the impact on New Hampshire, visit ccaglobalpartners.com

Posted at 11:34 AM in Business news, Current Affairs | Permalink