In case you missed it, The New York Times reported on a new study estimating that 5.4 million American workers lost their health insurance between February and May of this year. 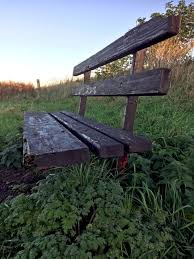 The study also found that the increase in uninsured was nearly 40 percent higher than the highest previous increase, which occurred during the recession of 2008 and 2009—when 3.9 million adults lost insurance.

Protect Our Care Executive Director Brad Woodhouse said, "Responsibility for the economic failure of the country lays at the feet of President Trump. Since day one of this crisis he failed to prepare the country, refused to listen to experts and made the impact of the pandemic exponentially worse than it could have been. With 135,000 people dead, nearly 3.5 million infected, and now 5 million more are left uninsured, it's clear that President Trump's inaction is costing people their lives and livelihoods."

The Kaiser Family Foundation estimated that 27 million Americans have lost coverage in the pandemic. That study took into account family members of the insured. KFF also noted in a separate report that, "In the 37 states that expanded Medicaid under the Affordable Care Act, 23 percent of laid-off workers became uninsured; the percentage was nearly double that — 43 percent — in the 13 states that did not expand Medicaid, which include Texas, Florida, [Georgia] and North Carolina."

The Urban Institute and the Robert Wood Johnson Foundation projected that by the end of 2020, 10.1 million people will no longer have employer-sponsored health insurance or coverage that was tied to a job they lost because of the pandemic.

You can read the entire story in The New York Times here.