Last week, the Trump administration filed their opening Supreme Court brief in their lawsuit to overturn the Affordable Care Act, which would rip health care from 23 million Americans and protections for 135 million with pre-existing conditions as the nation grapples with the coronavirus crisis. News coverage quickly pointed out the dangerous political consequences for the administration’s position in favor of overturning the law, particularly as President Trump continues to lie about how he would always protect Americans with pre-existing conditions. To make the administration’s abysmal weekend of press over their brief even worse, HHS Secretary Alex Azar made clear on Sunday that the administration does not have an ACA replacement plan, and will keep voters in the dark until after the election and potential decision by the Supreme Court. 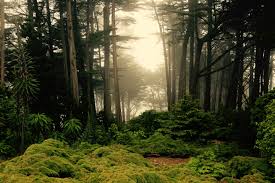 CNN: Trump’s Effort to Dismantle Obamacare During the Pandemic Might Be His Riskiest Move Yet. “President Donald Trump has made many questionable decisions in recent weeks as he looks ahead to his increasingly difficult reelection campaign. But his administration’s decision to forge ahead with its effort to invalidate the Affordable Care Act through the courts may go down as the decision that carried the most risk for Republicans up and down the ballot in 2020. The GOP has been fighting to eviscerate Obamacare since it was passed a decade ago. But the effort to strip Americans of health care has never appeared more out of touch and tone deaf than it has during a pandemic, when more than 125,000 Americans have died, more than 2.4 million have been infected and many have lost their employer-sponsored health insurance in the waves of layoffs that have decimated the economy.” [CNN, 6/27/20]

Washington Post: Bottomless Pinocchio: Trump’s Claim That He Will ‘Always’ Protect Those with Preexisting Conditions. “Trump says he will always protect people with preexisting health conditions who need to buy affordable insurance. But what is he actually doing with the powers of the presidency? In the middle of a pandemic, against the advice of many Republicans, the president is asking the Supreme Court to strike down the entire Affordable Care Act — including its coverage guarantee for patients with preexisting conditions…In addition to being a Four Pinocchio claim, this is a Bottomless Pinocchio — our worst rating — because Trump has repeated the falsehood more than 20 times.” [Washington Post, 6/29/20]

Mother Jones: Trump Rails Against Obamacare as Coronavirus Cases Surge. “Months into a global pandemic that has claimed the lives of more than 127,000 Americans, President Donald Trump still refuses to take responsibility for his administration’s underwhelming response. On Saturday, the president started off his weekend by railing against Obamacare—one of the few lifelines available to millions of people in this global health crisis…The Affordable Care Act, known as Obamacare, makes it illegal for insurance companies to deny coverage due to preexisting conditions. Trump has long claimed that he wants to protect people with preexisting conditions, but his actions have always been to pursue the opposite…as the country’s response to the coronavirus cripples the economy, Obamacare has offered an avenue for the millions of newly unemployed to maintain health insurance coverage. If the Supreme Court strikes down the law later this year, it could deprive those unemployed people of their health insurance too.” [Mother Jones, 6/27/20]

Bloomberg: Azar Suggests Voters Go on Faith on What Would Replace Obamacare. “The Trump administration doesn’t expect to release a detailed health care plan until the Supreme Court rules on the legality of the Affordable Care Act, said U.S. Health and Human Services Secretary Alex Azar. That would leave voters in November’s election in the dark about how their health care, typically ranked as among the most important issues, might be upended in 2021 and beyond…Democrats rode the health care issue in the 2018 midterm elections to retake control of the House and they’re planning to do it again in November, when the White House and both chambers of Congress will be on the line.” [Bloomberg, 6/28/20]

The Daily 202: Trump’s Legal Argument for Throwing Out All of the ACA Is A Nightmare for Senate Republicans. “President Trump insists on the campaign trail that he wants to protect insurance coverage for people with preexisting conditions. His legal team just told the Supreme Court otherwise. The 82-page brief submitted late Thursday night by Trump’s representatives states crisply that the president wants to get rid of every provision of the Affordable Care Act…From a political perspective, the timing of the Trump administration’s maneuver to get rid of the law, root and branch, is suboptimal for GOP candidates on the ballot this year. The justices are unlikely to make a final decision until after the November election on the legal challenge by Republican state attorneys general, ensuring that this looms as an issue in the fall campaign.” [Washington Post, 6/26/20]

Newsweek: Trump Admin Won’t Announce ACA Replacement Plan Before Supreme Court Ruling. “The Trump Administration likely won’t announce a detailed health care plan until after the Supreme Court makes a decision on the legality of the Affordable Care Act (ACA), Health and Human Services Secretary Alex Azar suggested Sunday…CNN anchor Jake Tapper asked Azar in a live interview whether it was ‘unconscionable’ during a pandemic to take health insurance away from people without having a replacement plan ready to be implemented. Azar responded: ‘In terms of the Affordable Care Act, we have made very clear that if the Supreme Court strikes down all or a large part of Obamacare because its constitutionally or statutorily infirm, we will work with Congress to create a program that genuinely protects individuals with pre-existing conditions.’’ [Newsweek, 6/28/20]

USA Today: Pandemic, Politics Make Trump Administration’s Latest Attack on Health Care Law Perilous. “The Trump administration’s latest request that the Supreme Court strike down the Affordable Care Act comes at a perilous time for the president, amid a pandemic and just four months before Election Day…Some Republicans have acknowledged the timing of the Supreme Court battle isn’t ideal as the nation weathers a pandemic and the party looks ahead to November, when it will attempt to fend off Democrats eager to take control of the White House and Senate. Democrats have made health care a central fixture of their platform and credit the issue with helping them take control of the House in 2018.” [USA Today, 6/26/20]

Associated Press: Democrats Renew Health Care Attacks on GOP as Virus Builds. “Democrats are intensifying their attacks on President Donald Trump and his Republican allies over health care, hoping that an issue that helped lift the party during the 2018 midterms will prove even more resonant as the White House seeks to repeal the Affordable Care Act during a public health crisis…The health care law has been a flashpoint in American politics since its enactment a decade ago. Once a cudgel Republicans used against Democrats, the tables have turned as the law — and its protection for preexisting conditions — has become more popular. Democrats believe that their advantage on the issue will only grow as the Trump administration renews its push to nullify the law even as coronavirus infections surge.” [Associated Press, 6/26/20]

The Guardian: Covid-19 Survivors Could Lose Health Insurance If Trump Wins Bid to Repeal Obamacare. “Millions of Americans who have survived Covid-19 or face future infections could lose their insurance or be barred from getting coverage should the Trump administration successfully repeal Obamacare. The Trump administration asked the supreme court late Thursday to overturn the Affordable Care Act – a move that, if successful, would bring a permanent end to the health insurance reform law popularly known as Obamacare. Under the ACA, insurance companies cannot deny coverage for pre-existing conditions. Its abolition would mean millions of Americans who have had or have cancer, multiple sclerosis or other diseases would struggle to find insurance.” [The Guardian, 6/27/20]

Posted at 05:41 AM in Current Affairs | Permalink