We have reached a critical point for the future of American health care and the fate of the Affordable Care Act (ACA). On June 25th, Trump’s Department of Justice (DOJ) and Republican-led states submitted their briefs in support of California v. Texas, the lawsuit seeking to strike down the ACA. If President Trump and Republicans have their way, 20 million Americans will lose their insurance coverage, 135 million Americans with pre-existing conditions will be stripped of their protections, and costs will go up for millions. The consequences of the lawsuit for America’s health care are particularly devastating at a time the country is gripped by the coronavirus crisis which threatens the health and safety of the entire nation. 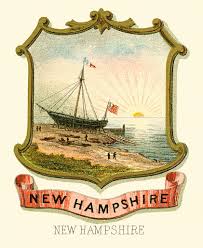 Days of Action: Day 5 of 12 focuses on protections for people with pre-existing conditions. To learn more about our Days of Action, visit our website.

What’s At Stake: Protections for People with Pre-Existing Conditions

Without the ACA, protections for 135 million Americans with pre-existing conditions will be eliminated overnight, and the uninsured rate will increase by 65 percent. Making matters worse, if the ACA is struck down, everyone who contracts the coronavirus could be deemed as having a pre-existing condition and be at the mercy of their insurance companies who could refuse to pay for needed care. It’s critical that Americans understand just what’s at stake if this outrageous and irresponsible lawsuit succeeds.

Insurance Companies Would Not Have To Provide The Coverage You Need. The Affordable Care Act made comprehensive coverage more available by requiring insurance companies to include “essential health benefits” in their plans, such as maternity care, hospitalization, substance abuse care and prescription drug coverage. Before the ACA, people had to pay extra for separate coverage for these benefits. For example, in 2013, 75 percent of non-group plans did not cover maternity care, 45 percent did not cover substance abuse disorder services, and 38 percent did not cover mental health services. Six percent did not even cover generic drugs.

Before the Affordable Care Act, insurance companies routinely denied people coverage because of a pre-existing condition or canceled coverage when a person got sick.