We have reached a critical point for the future of American health care and the fate of the Affordable Care Act (ACA). On June 25th, Trump’s Department Of Justice (DOJ) and Republican-led states are submitting their briefs in support of California v. Texas, the lawsuit seeking to strike down the ACA. If President Trump and Republicans have their way, 20 million Americans will lose their insurance coverage, 135 million Americans with pre-existing conditions will be stripped of their protections, and costs will go up for millions. The consequences of the lawsuit for America’s health care are particularly devastating at a time the country is gripped by the coronavirus crisis which threatens the health and safety of the entire nation. 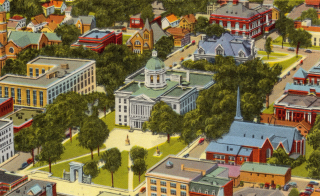 Days of Action: Day 1 of 12 focuses on Medicaid Expansion. To learn more about our Days of Action, visit our website.

Overturning the Affordable Care Act would take coverage away from millions of working families and children who finally gained health coverage thanks to Medicaid expansion. The impact of eliminating Medicaid expansion would be particularly devastating as the nation is still reeling from the coronavirus pandemic.

Medicaid Expansion Is A Key Tool In Fighting Coronavirus. Because of the ACA, states can get additional federal money to expand Medicaid to vulnerable populations, including low-income childless adults, older adults, and people with disabilities. According to the Kaiser Family Foundation, 27 million Americans likely lost their health care during the pandemic. In states that have rejected expansion, many of these individuals are likely locked out of receiving Medicaid coverage.

Uninsured People Are Particularly Vulnerable As They Face The Possibility Of Coronavirus And Devastating Health Care Bills. Low-income individuals are especially at risk of being exposed to the virus, as they are often service workers deemed essential and are unable to practice social distancing. The Kaiser Family Foundation that 2 million uninsured patients could be hospitalized due to the virus, threatening to leave them with tens of thousands in medical bills. It is especially important for these families to have Medicaid to turn to for coverage in this public health emergency.

Medicaid Expansion Saves Lives. A report by the Center On Budget And Policy Priorities found that “the Affordable Care Act’s (ACA) expansion of Medicaid to low-income adults is preventing thousands of premature deaths each year, a landmark study finds. It saved the lives of at least 19,200 adults aged 55 to 64 over the four-year period from 2014 to 2017. Conversely, 15,600 older adults died prematurely because of state decisions not to expand Medicaid.”

Medicaid Expansion Led To Gains In Coverage For Children. A study in Health Affairs found that 710,000 children gained public coverage as a result of their parents enrolling in Medicaid between 2013 and 2015. The study notes “the effect was largest among children whose parents gained Medicaid eligibility through the expansion.” If the remaining non-expansion states expanded Medicaid, 200,000 additional children would gain health coverage.