We have reached a critical point for the future of American health care and the fate of the Affordable Care Act (ACA). On June 25th, Trump’s Department Of Justice (DOJ) and Republican-led states are submitting their briefs in support of California v. Texas, the lawsuit seeking to strike down the ACA. If President Trump and Republicans have their way, 20 million Americans will lose their insurance coverage, 135 million Americans with pre-existing conditions will be stripped of their protections, and costs will go up for millions. The consequences of the lawsuit for America’s health care are particularly devastating at a time the country is gripped by the coronavirus crisis which threatens the health and safety of the entire nation.

Days of Action: Day 3 of 12 focuses on seniors’ health. To learn more about our Days of Action, visit our website. 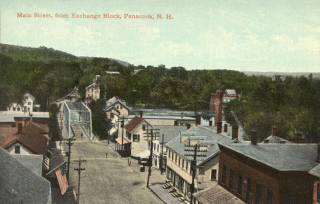 Health care coverage for seniors is particularly important during the coronavirus pandemic. Older adults and seniors face unique risks as the country grapples with this health care crisis. According to the Centers for Disease Control and Prevention, the groups “at high-risk for severe illness from Covid-19” are people 65 years and older and individuals who live in nursing homes and long-term care facilities. More than 100,000 Americans have died from coronavirus, with an estimated 80 percent of deaths among those over the age of 65. Nursing homes and long-term care facilities across the country have experienced a surge in outbreaks, with about 40 percent of deaths associated with these facilities.

The ACA made significant improvements in health care access for seniors:

AARP: Before ACA’s Protections, Discrimination Against Those With Pre-Existing Conditions, Age Rating, And Annual And Lifetime Caps Made Accessing Health Care Out Of Reach For Older Adults. [AARP, 6/14/18]

32 Million Older Adults With Pre-Existing Conditions Would Lose Protections. According to the Center for American Progress, nearly 32 million people aged 55-64 have pre-existing conditions.

People Over The Age of 50 Will Face A $4,000 “Age Tax.” Thanks to the Republican lawsuit, insurance companies can charge people over 50 more than younger people. The Affordable Care Act limited the amount older people could be charged to three times more than younger people. If insurers were to charge five times more, as was proposed in the Republican repeal bills, that would add an average “age tax” of $4,124 for a 60-year-old in the individual market, according to the AARP.

Seniors Will No Longer Be Guaranteed Free Preventive Services And Annual Check-Ups. 60 million people with Medicare have access to free preventive services because of the Affordable Care Act.

Seniors Could Once Again See Less Coordinated Care. Provisions in the ACA encouraged groups of doctors, hospitals, and other health care providers to come together to provide coordinated high-quality care to the Medicare patients they serve. In fact, 8.9 million Medicare beneficiaries are now benefiting from higher quality, more coordinated care.