Introduction
Rural Granite Staters are especially vulnerable to the coronavirus pandemic due to higher prevalence of pre-existing conditions, lower coverage rates, and other barriers to accessing health care. Medicaid plays a pivotal role in covering rural communities and supporting struggling rural hospitals in New Hampshire. Ten years ago, the Affordable Care Act (ACA) opened the door for states to expand the Medicaid program, which has helped an estimated 1.7 million rural Americans gain coverage. New Hampshire was an early adopter of Medicaid expansion and saw its uninsured rate fall by 4 percent in rural parts of the state. To date, 37 states have expanded Medicaid under the ACA. In addition to covering 17 million people nationwide, expansion has resulted in healthier people, communities and economies.


As the nation faces this unprecedented health care crisis, Medicaid expansion is especially important for reducing uncompensated care costs and protecting rural hospitals from financial peril. Even though it is clear that Medicaid expansion is a lifeline for rural communities, President Trump and his Republican allies are continuing to wage a war on the program by working to sabotage enrollment and fighting to end expansion altogether.

The country is now facing an unparalleled public health crisis. Thousands of Americans have already died from coronavirus and millions of people are at risk of getting sick. At the same time, millions are losing their jobs and, oftentimes, their employer-sponsored coverage as they are being urged to stay home. In a time of such uncertainty, the last thing people in this country should worry about is the threat of mounting medical bills.


The Medicaid program is a key response tool for this global health crisis. Unlike private insurance, people do not need to wait for a special enrollment period and can enroll whenever they need care. Medicaid can provide retroactive coverage to people who get sick, ensuring providers can provide emergency care without worrying about uncompensated care costs. Importantly, Medicaid funding can increase in response to a public health crisis like coronavirus.


Medicaid expansion in particular is important because it allows childless adults to enroll in the program. Many of the people who have lost jobs so far are young adults and low-income workers. In states that have rejected expansion, many of these individuals are likely locked out of receiving Medicaid coverage.


22 million people nationwide, including thousands of Granite Staters, have already lost their jobs due to coronavirus. At least 9.2 million have lost their employer-sponsored coverage as a result of the pandemic. This figure is only expected to skyrocket: economists have estimated that up to 35 million people could lose their job-based coverage during the pandemic. It is especially important for these families to have Medicaid to turn to for coverage in this public health emergency.


Uninsured people are particularly vulnerable as they face the possibility of coronavirus and devastating health care bills. Low-income individuals are especially at risk for being exposed to the virus, as they are often service workers deemed essential and are unable to practice social distancing. The Kaiser Family Foundation that 2 million uninsured patients could be hospitalized due to the virus, threatening to leave them with tens of thousands in medical bills.


Medicaid Expansion Is A Lifeline For Rural Hospitals


Rural Hospitals In Medicaid Expansion States Are 62 Percent Less Likely To Close. "But there was one other leading indicator that has an obvious political explanation and which should be entirely avoidable: whether the hospital is in a state that expanded Medicaid under Obamacare. According to Chartis, being in a Medicaid expansion state decreases by 62 percent the likelihood of a rural hospital closing. Conversely, being in a non-expansion state makes it more likely a rural hospital will close." [Vox, 2/18/20]
75 Percent Of Vulnerable Rural Hospitals Are In Non-Expansion States. "The states that have experienced the most rural hospital closures over the last 10 years (Texas, Tennessee, Oklahoma, Georgia, Alabama, and Missouri) have all refused to expand Medicaid through the 2010 health care law. It seems their rural hospitals are paying the price. Of the 216 hospitals that Chartis says are most vulnerable to closure, 75 percent are in non-expansion states. Those 216 hospitals have an operating margin of negative 8.6 percent." [Vox, 2/18/20]
77 Of 106 Hospital Closures Over The Past Decade Were In States That Refused To Expand Medicaid. "Rural America is in the midst of a deep and prolonged crisis that resulted in 106 hospital closures since 2010. Nearly 700 more are on shaky ground, and nearly 200 are on the verge of collapse right now, according to reports from Massachusetts consulting firm iVantage Health Analytics and the Sheps Center for Health Services Research at the University of North Carolina in Chapel Hill. Hospitals faring the worst are mainly in states that refused to expand Medicaid.  Those states account for 77 of the 106 closures over the past decade. They also are home to a greater percentage of money losing facilities and lower collective profit margins." [Gatehouse News, 7/28/19]


North Conway Hospital Said It Spent More Than $100,000 Planning For Coronavirus. “In North Conway, New Hampshire, a physician at the 25-bed Memorial Hospital already is among the county's seven confirmed cases of coronavirus, said CEO Art Mathisen. The hospital is preparing for the worst as it tries to triple the number of beds and spends upward of $100,000 on rooms with air flow aimed at limiting the spread of contagions, he said.” [Associated Press, 4/1/20]


Since taking office, the Trump administration and its Republican allies have tried time and again to slash funding for Medicaid and impose burdensome work requirements on coverage. These efforts include:


Trump Wants To Repeal Medicaid Expansion Through His Texas Lawsuit To Overturn The ACA. The Trump administration is currently backing a lawsuit to overturn the Affordable Care Act and, if they are successful, 20 million people would lose insurance and protections for pre-existing conditions would be eliminated overnight. The lawsuit would also terminate Medicaid expansion, threatening to rip away coverage from 17 million and cut key funding for already-struggling rural hospitals during the pandemic. If Trump gets his way, 89,000 Granite Staters could lose coverage and protections for 571,300 Granite Staters with pre-existing conditions would be eliminated overnight.


Trump Continues To Support Medicaid Block Grants. Under the Trump administration's recently finalized block grant proposal, federal funding would no longer necessarily increase in response to a public health emergency like coronavirus. This could lead to people losing coverage and access to care, undermining prevention and treatment of diseases nationwide.


Trump Paved The Way For Medicaid Work Requirements. The administration has encouraged states to impose illegal work requirements on Medicaid beneficiaries that are designed to throw people off coverage. When Arkansas imposed the nation’s first work requirement program, 18,000 people lost coverage. The policy has since been struck down by the courts. While the federal government has temporarily halted any state efforts to impose new eligibility requirements that make it more difficult to enroll, including work requirements, states like Oklahoma and Utah are continuing to pursue Medicaid work requirements and other enrollment restrictions.

Trump Wants To Gut The Medicaid Budget. Trump has repeatedly sought deep health care cuts in his budget proposals, most recently seeking more than a trillion in cuts to Medicaid and the Affordable Care Act for 2021. This budget essentially ends Medicaid expansion by eliminating the enhanced federal payment and proposes nationwide work requirements.

Republican State Representatives Defied Governor Sununu’s Stay-At-Home Order To Join #ReopenNH Protest At State House.“The demonstration was dominated by participants on the political right, including several former and current Republican state representatives. And it accompanied an online petition to ‘Re-open NH’ that has collected nearly 4,000 signatures. For many, their frustration came down to individual liberties. ‘This is a gross overstep of government. As far as I’m concerned, the governor doesn’t have the authority to unilaterally stroke a pen and destroy the economy of a state,’ said Scott Sybert, from Deerfield. His sign read: ‘Sununu: The constitution is supposed to protect us from tyrants like you!’” [Concord Monitor, 4/18/20]


Carla Gericke, Republican State Senate Candidate Who Attended The Protest, Compared The State’s Stay-At-Home Order To Authoritarian Policy. “Carla Gericke, a Republican state Senate candidate from Manchester, said she attended. ‘I went as a concerned non-essential Granite Stater and Republican State Senate candidate (District 20) who believes the government’s response has resulted in the prevention being worse than the cure…’But I am also very concerned about the destruction of the economy with all its knock-on negatives like increased suicides, more substance and domestic abuse, children dying by the hundreds of thousands in impoverished countries, and I worry about the expansion of authoritarian government policies without proper oversight or citizen control. If they can lock us down on the say of the W.H.O. now, what is next?’’” [InDepthNH.org, 4/19/20] 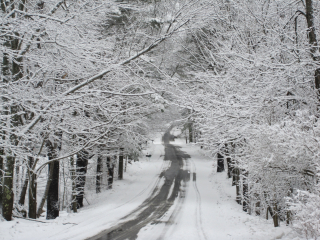 Posted at 05:45 AM in Current Affairs, Health | Permalink