On 10th Anniversary of the ACA, Shaheen Renews Call for Trump Administration to Drop Lawsuit, Allow For Special Enrollment Period to Respond to Coronavirus

U.S. Senator Jeanne Shaheen (D-NH) issued the following statement on the 10th anniversary of the Affordable Care Act (ACA) being signed into law by President Obama:

“The ACA has been a success for New Hampshire, and during this public health crisis, this administration should be expanding access to health care coverage rather than eliminating it,” said Shaheen. “Thanks to the ACA, hundreds of thousands of Granite Staters have health care coverage and pre-existing condition protections. Medicaid Expansion provided by the ACA has been our most effective tool to providing substance use disorder treatment, which has been a lifeline to those suffering from a drug dependency. This law has withstood partisan attack after partisan attack for one reason: the American people don’t want to go back to a time when far fewer people could access health care and pre-existing condition protections didn’t exist. That’s why the Trump administration should withdraw support for the partisan lawsuit to strike down the ACA – it is highly reckless to pursue eliminating health care coverage that millions depend on with no plan to replace it. Further, as unemployment due to the economic impact of COVID-19 threatens the health care coverage of millions of Americans, I continue 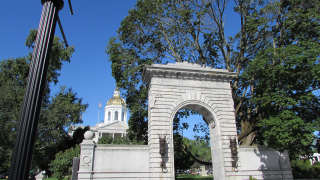 to call on the Trump administration to allow for a special open enrollment period so that they have an opportunity to sign up for ACA coverage.”

Senator Shaheen sent a letter with 23 of their colleagues to urge the Trump administration to re-open the enrollment period to allow people without health insurance to purchase an Obamacare plan through the health insurance marketplaces.

Shaheen has led efforts in Congress to protect and improve the ACA, including leading all 47 Senate Democrats on a Senate resolution that would reverse the Department of Justice’s decision to side with U.S. District Court Judge Reed O’Connor’s ruling that would strike down the ACA. This health care sabotage could result in 133 million Americans losing protections for pre-existing conditions, millions more Americans without health insurance, soaring prescription drug costs for seniors, and nearly 90,000 Granite Staters losing health care coverage. Instead of defending the law and its vital health care protections, the Trump administration’s DOJ chose to side with Texas and other states challenging our health care law last year, arguing that pre-existing condition protections are unconstitutional. The DOJ later expanded its position, arguing on the side of Judge O’Connor that the entire Affordable Care Act should be struck down.

Senator Shaheen has led efforts in the Senate to stabilize the health insurance markets and make health care affordable and accessible for all Americans. In this Congress, Shaheen introduced the Marketing and Outreach Restoration to Empower (MORE) Health Education Act of 2019 with Senators Tim Kaine (D-VA) and Gary Peters (D-MI) to counteract Trump administration sabotage efforts that have slashed funding for health care enrollment advertising and marketing by 90 percent since the President took office. She also introduced the Protecting Americans with Pre-existing Conditions Act with Senators Mark Warner (D-VA), Ben Cardin (D-MD) and Tammy Baldwin (D-WI) to prevent the Trump administration from using federal premium tax credits to  promote and incentivize enrollment in “junk plans” that do not provide coverage of pre-existing conditions or essential health benefits.  Shaheen has also introduced a health care affordability package that includes three pieces of legislation to reduce health care costs for patients and expand access to critical medical services. Together, the Marketplace Certainty Act, Improving Health Insurance Affordability Act and Reducing Costs for Out-of-Network Services Act would make essential reforms to the health care law that would help stabilize the marketplace, lower premiums for middle-class families and combat escalating out-of-pocket health care costs.