Home Archives Subscribe
ACA at 10 Days of Action: Protections For Individuals With Disabilities
On 10th Anniversary of the ACA, Shaheen Renews Call for Trump Administration to Drop Lawsuit, Allow For Special Enrollment Period to Respond to Coronavirus

Concord, NH– Today, more than 100,000 people have healthcare in the Granite State thanks to the Affordable Care Act (ACA), which was signed into law a decade ago. And, it comes a time when the threat of COVID 19 reminds us all of the importance of everyone having access to quality and affordable health coverage.

But the anniversary is bittersweet, as some politicians have tried to eliminate the ACA through legislation and sabotage, but their most recent attempt comes in the form of a lawsuit to overturn the law brought by several Republican state officials. The Supreme Court is expected to issue a ruling in the case later this year.

Protect Our Care NH and the NH Health Care Coalition have asked for the lawsuit to be dropped—particularly in light of the coronavirus pandemic - because no one should ever wonder whether or not they have access to care, especially during a crisis like this. The ACA not only offers affordable access to healthcare, but it guarantees no charge testing and vaccinations, as well as coverage to those who have lost their jobs. And, rolling back Medicaid expansion only further destabilizes the individual market.

According to Senator Jeanne Shaheen“The ACA has helped thousands of Granite Staters and millions of Americans gain access to quality, affordable health care. Without this law, Americans could still be denied coverage because of pre-existing conditions; patients with chronic conditions would still face lifetime caps and annual coverage limits; and young people would not have the advantage of remaining on their parents’ plans until age 26. Ten years later, the ACA continues to provide essential health benefits to Americans despite numerous attempts to weaken, dismantle or repeal it. Given the coronavirus pandemic, the importance of quality, affordable health care has never been more critical. We should all take a moment to celebrate this important milestone and renew our commitment to fight to protect the ACA. With everyone working together, I know that we will continue to enjoy the protections of the ACA for years to come.”

The Affordable Care Act has helped working families to get health insurance in New Hampshire, cutting the uninsured rate by more than half. The ACA has been successful in bringing affordable health care to millions of Americans, and thousands of Granite Staters. It has improved access to care, gotten better coverage and access to treatment for people with opioid-use disorders, and made healthcare affordable to most NH residents.

Senator Margaret Hassansaid, “Since its passage ten years ago, the Affordable Care Act has been critical for expanding quality, affordable health coverage to millions of Americans, including those with pre-existing conditions. I am working on a number of efforts to improve and build on the Affordable Care Act to continue to bring down health care costs, including the skyrocketing cost of prescription drugs, and I will also keep working to stop partisan efforts to sabotage our health care system and strip away coverage from hard-working people.

As our country grapples with the unprecedented effects of the COVID-19 pandemic, access to quality health insurance could not be more important. In the days ahead, I will continue to push for additional bipartisan legislation to help protect the health and economic well being of all Americans amid this public health crisis.

Thank you to Protect Our Care for your hard work and advocacy to defend and strengthen the Affordable Care Act. I look forward to our continued work together to ensure that all Americans can receive the care that they need and deserve.”

A lawsuit to dismantle the Affordable Care Act was filed on February 28, 2018 and was joined by 19 other states. On April 9, 2018 a coalition of 17 states filed to intervene in defense of the ACA and has since grown. Granite State Progress and other members of the NH Health Care Coalition have repeatedly called on Governor Sununu to join the lawsuit in defense of the Affordable Care Act, holding several news conferences and visiting the Governor’s office with constituent appeals. Two weeks ago, the governor acted.

“The Affordable Care Act was an important step in improving access to health care for Granite State families and people across the country. The ACA expanded access to care for tens of millions of Americans and the expansion of Medicaid has been critical in our efforts to combat the opioid epidemic in New Hampshire.

“Unfortunately, since coming to Congress, I have had to vote more than 50 times not to repeal the ACA. We’ve seen President Trump and Republicans in Congress fail over and over to repeal the health care law. Now, the President is directing his administration to dismantle the ACA through the courts, all while promising to protect Americans with preexisting conditions. Rather than stripping millions of their health insurance, we should be building upon the progress we have made and working to improve the ACA and expand access to quality, affordable health care while ensuring protections for the most vulnerable among us. I was proud that the House of Representatives passed my bill to ensure that people with preexisting conditions are protected, and it’s past time for the Senate to pass that bill. Today, I stand with the millions of Americans who are committed to working together to protect the ACA to build upon our progress and work toward achieving universal access to health care for all Americans.” According toRep Annie Kuster.

Congressman Chris Pappasput it this way: “For people in New Hampshire and across the country, the Affordable Care Act is a lifesaving law. Ten years ago today, on March 23, 2010, President Obama signed this landmark health care legislation into law, ensuring that millions of Americans could receive health coverage as well as essential patient protections. Half the adult population in New Hampshire has a pre-existing condition, and we absolutely cannot go back to the days when insurance companies could discriminate against them. In these unprecedented times, the Affordable Care Act is needed more than ever, and I remain committed to defending this law from those who seek to play politics with the health and well-being of individuals across the country.”

What can New Hampshire do to support the ACA going forward in the current crisis?

ACA at 10 in New Hampshire

The Affordable Care Act has been a positive force in the lives of millions of Americans over the last 10 years. The facts are clear: 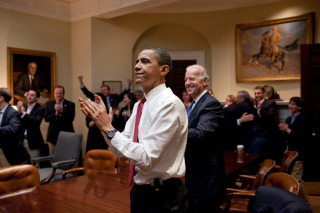