Home Archives Subscribe
In Case You Missed It: New Hampshire Advocates, Legislators Mark 10 Years of Affordable Care Act Amid Coronavirus Pandemic
Where to get health insurance if you just lost your job in NH

Surrounding the 10th anniversary of the passage of the Affordable Care Act (ACA) on March 23, Protect Our Care is holding 10 days of action to raise awareness of the most critical components of the law which has improved the lives of millions of Americans. Working with partner organizations and health care advocates, Protect Our Care will highlight a different aspect of the law each day while making clear what’s at stake if the Trump administration is successful in overturning the law through the courts.

“The Affordable Care Act has been an incredibly positive force for Americans over the last 10 years, especially for 17 million people who are healthier due to Medicaid expansion,” said Protect Our Care Executive Director Brad Woodhouse. “Over the course of these 10 days of action, Protect Our Care will remind Americans how the ACA has improved the lives of millions while making clear that President Trump and Republicans’ lawsuit to overturn the law poses an existential threat to Americans’ health care.”

Days of Action: Day 10 of 10 focuses on Medicaid Expansion. To learn more about our days of action, visit our website. 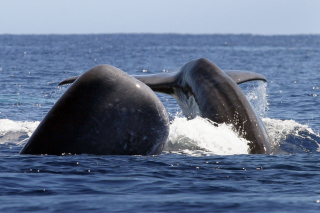 Medicaid Expansion Led To Coverage Gains For Children. A study in Health Affairs found that “710,000 children gained public coverage when their parents enrolled in Medicaid between 2013 and 2015. If the remaining 19 non-expansion states expanded Medicaid, 200,000 additional children would gain health coverage through existing programs. The effect was largest among children whose parents gained Medicaid eligibility through the expansion.”  [Georgetown University Center for Children and Families, 1/12/18]

If The Affordable Care Act Is Struck Down, Medicaid Expansion Would Be Eliminated

Despite the increasing disparities between states that chose to expand Medicaid and those that did not, the Trump administration and its Republican allies remain intent on decimating Medicaid expansion and jeopardizing the health of 17 million Americans who depend on Medicaid expansion for coverage.