ACA at 10 Days of Action: Lower Costs and Better Care For Seniors

Ahead of the 10th anniversary of the passage of the Affordable Care Act (ACA) on March 23, Protect Our Care is holding 10 days of action to raise awareness of the most critical components of the law which has improved the lives of millions of Americans. Working with partner organizations and health care advocates, Protect Our Care will highlight a different aspect of the law each day while making clear what’s at stake if the Trump administration is successful in overturning the law through the courts.

“The Affordable Care Act has been an incredibly positive force for Americans over the last 10 years, especially for seniors and older adults nationwide,” said Protect Our Care Executive Director Brad Woodhouse. “Over the course of these 10 days of action, Protect Our Care will remind Americans how the ACA has improved the lives of millions while making clear that President Trump and Republicans’ lawsuit to overturn the law poses an existential threat to Americans’ health care.”

Days of Action: Day 6 of 10 focuses on Lower Costs and Better Care For Seniors. To learn more about our days of action, visit our website.

AARP: Before ACA’s Protections, Discrimination Against Those With Pre-Existing Conditions, Age Rating, And Annual And Lifetime Caps Made Accessing Health Care Out Of Reach For Older Adults. [AARP, 6/14/18]

Thanks To The ACA:

People Over The Age of 50 Will Face A $4,000 “Age Tax.” If the Republican lawsuit to overturn the ACA is successful, insurance companies would be able charge people over 50 much more than younger people. The Affordable Care Act limited the amount older people could be charged to three times more than younger people. If insurers were to charge five times more, as was proposed in the Republican repeal bills, that would add an average “age tax” of $4,124 for a 60-year-old in the individual market, according to the AARP. 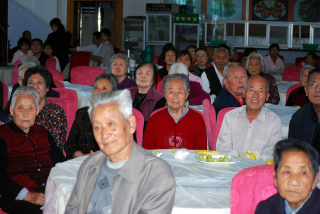