Last night, President Trump delivered his State of the Union Address which included a series of blatant lies about his health care record. Cable news shows and fact-checkers quickly pointed out the falsehoods in the president’s claims and explained all the ways his administration has worked to gut Americans’ health care in the last three years, especially in regards to protections for people with pre-existing conditions, the rising cost of prescription drugs and Medicare. 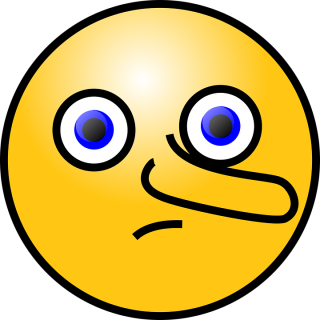 “Before I took office, health insurance premiums had more than doubled in just five years. I moved quickly to provide affordable alternatives. Our new plans are up to 60 percent less expensive.” “Trump often makes this claim, but we have not been able to verify the claim of a 60 percent reduction in costs. The new short-term health plans authorized by the Trump administration are less expensive for a reason: They offer skimpier coverage and thus provide less protection. As for the doubling in health-insurance premiums, that claim is based on a White House report that made some questionable methodological choices.” [Washington Post, 2/5/20]

“I was pleased to announce last year that, for the first time in 51 years, the cost of prescription drugs actually went down.” “The consumer price index for prescription drugs in 2018 fell for the first time in 46 years. But that’s only when measuring calendar years from January to December, which is somewhat arbitrary. The president’s record shrinks to 5½ years when measuring noncalendar years. (The CPI had last declined in the 12-month period ended July 2013.) Experts say the CPI for prescription drugs fails to account for rebates, which can be substantial, and may be giving a skewed picture because of recent market shifts toward generics and electronic payments by third parties. Studies we found show drug prices have not declined, especially when it comes to branded drugs.” [Washington Post, 2/5/20]

“We will always protect patients with pre-existing conditions.” “This is false. The president has taken multiple steps to weaken or eliminate current protections for Americans with pre-existing health conditions. These efforts include legislation he championed, regulation his administration has finished, and a lawsuit the Justice Department is litigating that would declare the Affordable Care Act unconstitutional.” [New York Times, 2/4/20]

“Many experts believe that transparency, which will go into full effect at the beginning of next year, will be even bigger than health care reform. It will save families massive amounts of money for substantially better care.” “This lacks evidence. New rules that will require public disclosure of the prices negotiated between health care providers and insurance companies are a new policy, without much strong evidence about their effects. Some experts, including economists who have advised the president, think transparency could reduce health care prices. But other experts believe the policy could have a perverse effect, increasing prices. New Hampshire, a state that has introduced a similar policy on a more limited scale, has shown modest price declines for certain services, but not “massive” price reductions.” [New York Times, 2/4/20]

“Before I took office, health insurance premiums had more than doubled in just 5 years.” “This is misleading. The president’s claim is based on a White House report comparing premiums in the individual insurance market before the Affordable Care Act with those several years after its enactment. That report made several methodological choices that tended to increase the difference in prices. Health plans for a far larger group of Americans, who obtain health insurance through their jobs, have increased by smaller margins. Over all, however, health insurance prices have increased in recent years.” [New York Times, 2/4/20]

“My administration is also taking on the big pharmaceutical companies. We have approved a record number of affordable generic drugs, and medicines are being approved by the F.D.A. at a faster clip than ever before. I was pleased to announce last year that, for the first time in 51 years, the cost of prescription drugs actually went down.” “This is misleading. It is true that, for a portion of last year, the Consumer Price Index for drugs declined. But that measure does not include all prescription drugs. (And it has since risen again.) The Food and Drug Administration has approved a large number of generic drugs, but few of them have made it to market yet, so they have had little impact on drug prices, as a Wall Street Journal analysis showed last year.” [New York Times, 2/4/20]

TRUMP: “We will always protect your Medicare and your Social Security.” “THE FACTS: In a recent television interview, the president appeared to suggest that he’s willing to consider entitlement cuts in the future. During the CNBC interview, Trump was asked if tackling entitlements would ever be on his agenda. “At some point they will be,” he responded. As a candidate in 2016, Trump vowed not to cut benefit programs like Social Security and Medicare. In the CNBC interview, Trump said dealing with entitlements would be “the easiest of all things” and suggested higher economic growth would make it easier to reduce spending on the programs. Soon after the interview, Trump appeared to soften on the issue, tweeting about Social Security: “I have totally left it alone, as promised, and will save it!” [Associated Press, 2/4/20]

TRUMP: “We will always protect patients with preexisting conditions.” “THE FACTS: That’s a promise, not a guarantee. The Trump administration is backing a lawsuit by conservative-led states that would overturn the entire Affordable Care Act, including its guarantees that people cannot be turned down or charged more for health insurance because of preexisting medical problems. Trump and congressional Republicans have vowed they will protect people with preexisting conditions, but they have not specified how they would do that. Estimates of how many people could potentially be affected if “Obamacare’s” protections for preexisting conditions are eliminated range from about 54 million working-age adults, in a study last year from the Kaiser Family Foundation, to as many as 133 million people in a 2017 government study that also included children.” [Associated Press, 2/4/20]

TRUMP: “For the first time in 51 years, the cost of prescription drugs actually went down.” “THE FACTS: Prices for prescription drugs have edged down, but that is driven by declines for generics. Prices for brand-name medications are still going up, although more moderately. Nonpartisan government experts at the Department of Health and Human Services reported last year that prices for pharmacy prescriptions went down by 1% in 2018, the first such price drop in 45 years. The department said the last time retail prescription drug prices declined was in 1973, when they went down by 0.2%.” [Associated Press, 2/4/20]

“Only One Of The Parties Has A Track Record Of Defending Those Protections, And It’s Not The GOP.” “Republicans’ repeal and replace efforts in 2017 wouldn’t have preserved the same level of protections the Affordable Care Act provides, nor would any of the plans they’ve put forward since.The Trump administration and Republican state attorneys general are currently fighting in court to strike down the entire ACA — including its pre-existing conditions protections.” [Axios, 2/5/20]

Trump Touted Transparency Rules, Even Though Some Experts Argue These Measures Could Cause Prices To Increase. “He touted the administration’s transparency rules, saying that they ‘will save families massive amounts of money for substantially better care.’ In reality, some experts argue that transparency measures could cause prices to increase, and either way are unlikely to be a silver bullet, even though transparency is a laudable goal.” [Axios, 2/5/20]

President Trump said that in 2018, ‘for the first time in 51 years, the cost of prescription drugs went down.’” “Nothing has changed since our previous rulings on this statement. And the continued drug pricing trend suggests that prices may be stabilizing, but they are not coming down. And consumers are not experiencing that relief. We rate this claim Mostly False.” [Kaiser Health News, 2/5/20]