In a recent UNH Survey Center Granite State Poll found that 41 percent of self-identified Democrats and Independents said Democratic candidates for president are not talking about climate change enough.

In the same poll, 71 percent of all New Hampshire residents said they strongly favor (57 percent) or somewhat favor (14 percent) moving to 100 percent clean energy by 2050. 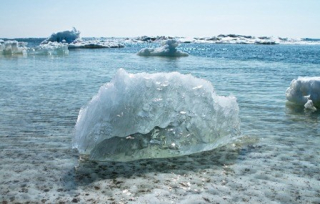 Nearly 1,890 New Hampshire businesses - and their 11,336 jobs - are in the energy sector, delivering goods and services that lower energy use. The number of homes using solar energy number 13,480. Wind powers even more: 41,000. And 58 percent of Granite Staters say they worry about climate change.

“The message is clear,” said Rob Werner, LCV’s New Hampshire State Director. “Any presidential candidate who wants to win the New Hampshire primary needs to prove to the people of the Granite State that climate action, including an ambitious plan that gets us to 100% clean energy no later than 2050, will be a day one priority and an every day priority if they’re elected.”

Posted at 08:44 AM in Community/Civic Involvement, Current Affairs | Permalink