Yesterday, President Trump made clear he is thinking about slashing benefits for vital programs like Medicare, Medicaid and Social Security during an interview with CNBC at the World Economic Forum. The media quickly pointed out that Trump had made repeated promises to never cut these programs only to once again abandon that promise by threatening to cut Medicare and other benefits paid into by millions of Americans. He then walked it back. But, one wonders if he no problem cutting benefits from people who have worked a lifetime to earn them to fund his next round of deficit-busting tax cuts for the wealthiest Americans. 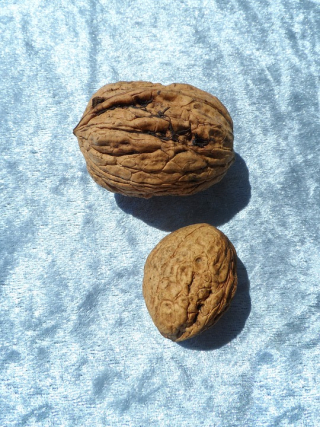 Associated Press: Trump Suggests He May Be Open To Entitlement Cuts In Future. “Early in his presidential campaign, Trump said he was a different sort of Republican, one who would not cut Social Security, Medicare or Medicaid. The Medicaid promise was ultimately abandoned. The unsuccessful Republican drive to repeal ‘Obamacare’ would have also limited future federal spending on that federal-state health insurance program for low-income people. More recently, Trump’s 2020 budget called for deep cuts in Medicare payments to hospitals… the head of an advocacy group created to defend the Affordable Care Act said Trump tipped his hand with his comments in Davos. ‘The president has made it clear that he wants to make draconian cuts to both Medicare and Medicaid — something that the American people vehemently oppose — and today he said he’s going to try again,’ said Leslie Dach, chairman of Protect Our Care.” [Associated Press, 1/22/20]

New York Times: Trump Opens Door To Cuts To Medicare And Other Entitlement Programs. “The president has already proposed cuts for some safety-net programs. His last budget proposal called for a total of $1.9 trillion in cost savings from mandatory safety-net programs, like Medicaid and Medicare. It also called for spending $26 billion less on Social Security programs, the federal retirement program, including a $10 billion cut to the Social Security Disability Insurance program, which provides benefits to disabled workers.” [New York Times, 1/22/20]

USA Today: Trump Says He’d “Take A Look’ At Changing Entitlements Such As Medicare. “Trump promised early in his presidential campaign that he would not cut entitlement programs and lashed out at other GOP candidates over the issue. ‘The Republicans who want to cut SS & Medicaid are wrong,’ he wrote on Twitter in July 2015. ‘I’m not going to cut Social Security like every other Republican, and I’m not going to cut Medicare or Medicaid,’ Trump told The Daily Signal in May 2015, weeks before he launched his White House run…as president, Trump’s budgets have called for reductions in Medicare and Medicaid spending. He proposed cutting billions of dollars from Social Security disability programs but has not suggested reducing retirement benefits.”

Axios: Trump Suggests Entitlement Cuts Could Come In His Second Term. “Trump said in his 2015 campaign launch speech that America needs to ‘save Medicare, Medicaid and Social Security without cuts.’ Asked by CNBC Wednesday if cuts to entitlements would now be something he’d consider, Trump responded: ‘At the right time, we will take a look at that.’ Asked directly about cuts to Medicare, Trump reiterated: ‘We’re going to look,’ but did not offer specifics. The big picture: The president’s latest budget proposal already called for $1.9 trillion in cost savings from mandatory safety-net programs like Medicare and Medicaid, as well as $26 billion less in spending on Social Security programs.” [Axios, 1/22/20]

Business Insider: Trump Says Reforming Social Security And Medicare Is ‘the Easiest Of All Things’ As He Appears Open To Cutting Entitlement Spending. “In the interview, the president said entitlement reform could happen at the ‘right’ moment and appeared to credit the strength of the US economy for providing momentum to shrink spending on two of the nation’s biggest government programs…Any initiative to cut spending on Social Security and Medicare would be a break from his 2016 campaign pledge to protect funding for those programs.”  [Business Insider, 1/22/20]

HuffPost: Trump Says He’s Willing To Tackle Entitlements ‘Toward The End Of The Year.’ “Trump’s comments to CNBC on Wednesday at the World Economic Forum in Davos, Switzerland, are a change from his past promises to Americans that he would leave those programs untouched, although his administration has pushed to downsize them. Given the enormous popularity of the programs, even hinting at entitlement cuts is typically the third rail of politics, particularly in an election year. Democrats have warned that Trump might do more to decrease the social safety net, and he just confirmed they’re right.“ [HuffPost, 1/22/20]

Slate: Donald Trump Says He’s Willing to “Look” at Entitlements “Toward The End of This Year.” “When Donald Trump campaigned for president in 2016, one of his central promises was that he would not touch Medicare or Social Security benefits for the elderly, a vow that helped him come off as a relative centrist in the Republican field on economic issues. However, during a Wednesday interview at the World Economic Forum in Davos, Switzerland, Trump told CNBC host Joe Kernen that his administration would look into cutting federal entitlement programs at some point toward the end of the year, and that reforming them would be ‘the easiest of all things.’” [Slate, 1/22/20]

Washington Examiner: ‘We Will Take A Look’: Trump To Consider Entitlement Cuts Toward End Of 2020. “President Trump said he will begin considering cuts to entitlement spending “toward the end of the year,” putting a politically perilous issue in play for 2020 that he had kept off the table in 2016, when he pledged to leave the programs alone.” [Washington Examiner, 1/22/20]

Washington Post: Trump’s Comments About Entitlement Cuts Come After He Dismissed Concerns About The Budget Deficit. “The campaigns’ dispute reflects the political sensitivity of the Social Security issue. The budget deficit has soared under Trump, in part due to consecutive and significant increases to military spending under his administration. In recent private remarks to donors about the rising spending, Trump appeared unfazed by the ballooning deficit, saying: ‘Who the hell cares about the budget? We’re going to have a country.’ Trump also told CNBC the administration would look to cut taxes again in the second term. Trump claimed the 2017 Republican tax law had reduced rather than increased the deficit, a claim some nonpartisan budget experts said was not true.” [Washington Post, 1/22/20]