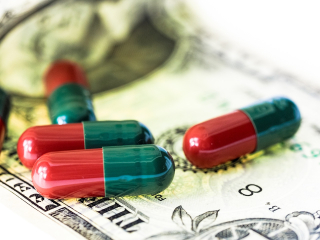 “The Fifth Circuit’s disastrous decision on President Trump’s Texas lawsuit puts the health care of millions of Americans at risk. The court’s decision will impact every corner of the American health care system, making the high cost of prescription drugs even worse and threatening health care access for children, seniors, women, individuals with disabilities and LGBTQ Americans in communities across the country,” said Protect Our Care NH state director . “Over the course of these days of action, we will be reminding NH residents what’s really at stake if the courts ultimately overturn the health care law.”

Days of Action: Day 8 of 11 focuses on Prescription Drug Costs. To learn more about our Days of Action, visit our website.

If the ACA is overturned, the high cost of prescription drugs would only get worse:

Consumers could be forced to pay more for drugs. The ACA’s Biologics Price Competition and Innovation Act paved the way for the Food and Drug Administration (FDA) to approve biosimilars, cheaper alternatives to expensive biologics. Without the ACA, approval of biosimilars will be in jeopardy, and drug companies may be less likely to invest in new biosimilar drugs. This change will make it harder for Americans to access low-cost alternatives to expensive biologic medications. It will also jeopardize the predicted $54 billion in savings that biosimilars are expected to produce between 2017 and 2026.

Drug companies would once again be allowed to pay doctors behind closed doors (to prescribe drugs you don’t necessarily need). Without the ACA’s Physician Payments Sunshine Act, Big Pharma will once again be allowed to make payments and offer gifts to doctors behind closed doors. When these payments are made with no transparency, they can create conflicts of interest and blur the line between objective and promotional research. The outcome of the Texas lawsuit has the potential to uproot the health care system all while giving drug companies even more power.

Reopening the “donut hole” would make medications more expensive for 12 million seniors. If the entire ACA is overturned, seniors will have to pay more for prescription drugs because the Medicare “donut” hole will be reopened. From 2010 to 2016, “More than 11.8 million Medicare beneficiaries have received discounts over $26.8 billion on prescription drugs – an average of $2,272 per beneficiary,” according to a January 2017 Centers on Medicare and Medicaid Services report.