Last month, the Fifth Circuit Court of Appeals ruled in favor of Republicans in Texas vs. United States, striking down as unconstitutional the ACA's individual mandate and remanding to the lower court judge a final decision on what parts of the ACA should be eliminated – the very judge who has already ruled the entire law unconstitutional. If President Trump and Republicans have their way, 20 million Americans will lose their insurance coverage, 135 million Americans with pre-existing conditions will be stripped of their protections, and costs will go up for millions. 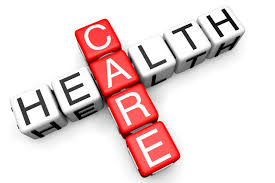 “The Fifth Circuit’s disastrous decision on the Texas lawsuit puts the health care of millions of Americans at risk. The court’s decision will impact every corner of the American health care system, threatening health care access for children, seniors, women, individuals with disabilities, and LGBTQ Americans in communities across the country,” said Protect Our Care NH state director JH Simoes. “Over the course of the next two weeks, we will be reminding Granite Staters what’s really at stake if the courts ultimately overturn the health care law.”

Days of Action: Day 1 of 11 focuses on Medicaid Expansion. To learn more about our Days of Action, visit our website.

Overturning the Affordable Care Act would take coverage away from millions of working families and children who finally gained health coverage thanks to Medicaid expansion.

Medicaid Expansion Led To Gains In Coverage For Children. A study in Health Affairs found that “710,000 children gained public coverage when their parents enrolled in Medicaid between 2013 and 2015. If the remaining 19 non-expansion states expanded Medicaid, 200,000 additional children would gain health coverage through existing programs. The effect was largest among children whose parents gained Medicaid eligibility through the expansion.”  [Georgetown University Center for Children and Families, 1/12/18]

Medicaid Expansion Saved Lives. A report by the Center On Budget And Policy Priorities found that "the Affordable Care Act’s (ACA) expansion of Medicaid to low-income adults is preventing thousands of premature deaths each year, a landmark study finds. It saved the lives of at least 19,200 adults aged 55 to 64 over the four-year period from 2014 to 2017. Conversely, 15,600 older adults died prematurely because of state decisions not to expand Medicaid."  [Center On Budget And Policy Priorities, 11/6/19]

States  Would Lose Important Federal Health Care Funding — an estimated reduction of $135 billion in the first year. The Urban Institute estimates that a full repeal of the ACA would reduce federal spending on Medicaid/CHIP care and Marketplace subsidies by $135 billion, or 34.6 percent in the first year.