Texas Lawsuit Days of Action:  Coverage For Communities of Color 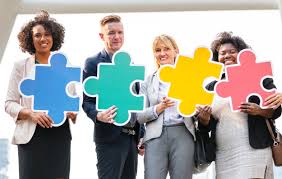 “The Fifth Circuit’s disastrous decision on President Trump’s Texas lawsuit puts the health care of millions of Americans at risk. The court’s decision will impact every corner of the American health care system, including widening racial disparities in coverage rates and threatening health care access for communities of color across the country,” said Protect Our Care. “Over the course of these days of action, we will be reminding NH residents what’s really at stake if the courts ultimately overturn the health care law.”

Days of Action: Day 11 of 11 focuses on Coverage For Communities of Color. To learn more about our Days of Action, visit our website.

What’s At Stake: Coverage For Communities of Color

The ACA helped reduce longstanding racial disparities in coverage rates, improving health care access for communities of color across the board.

Latinos stand to lose if the ACA is overturned. The percentage of people gaining health insurance under the ACA was higher for Latinos than for any other racial or ethnic group in the country. According to a study from Families USA, 5.4 million Latinos would lose coverage if the Texas lawsuit succeeds in overturning the ACA.

Research confirms that the ACA improved health care access for communities of color:

Commonwealth Fund Study Found That Medicaid Expansion Has Been Key To Improving Racial Equity In Health Insurance Coverage And Access To Care. “Uninsured rates for blacks, Hispanics, and whites declined in both expansion and nonexpansion states between 2013 and 2018. In addition, disparities in coverage between whites and blacks and Hispanics also narrowed over that time period in both sets of states… People living in Medicaid expansion states benefited the most in terms of coverage gains. All three groups reported lower uninsured rates in expansion states compared to nonexpansion states, and larger coverage improvements between 2013 and 2018. Coverage disparities in expansion states narrowed the most over the period, even though the disparities were smaller to begin with. The black–white coverage gap in those states dropped from 8.4 percentage points to 3.7 points, while the difference between Hispanic and white uninsured rates fell from 23.2 points to 12.7 points.” [Commonwealth Fund, 1/16/20]

Washington Post: ACA Linked To Reduced Racial Disparities, Earlier Diagnosis And Treatment In Cancer Care. “Proponents of the embattled Affordable Care Act got additional ammunition Sunday: New research links the law to a reduction in racial disparities in the care of cancer patients and to earlier diagnoses and treatment of ovarian cancer, one of the most dangerous malignancies. According to researchers involved in the racial-disparity study, before the ACA went into effect, African Americans with advanced cancer were 4.8 percentage points less likely to start treatment for their disease within 30 days of being given a diagnosis. But today, black adults in states that expanded Medicaid under the law have almost entirely caught up with white patients in getting timely treatment, researchers said. Another study showed that after implementation of the law, ovarian cancer was diagnosed at earlier stages and that more women began treatment within a month. The speedier diagnoses and treatment were likely to have increased patients’ chances of survival, the researchers said.” [Washington Post, 6/2/19]

Bottom line: “Health coverage is especially important for African Americans and other racial and ethnic minorities because they often have worse health status than their white counterparts,” according to the Center on Budget and Policy Priorities. Coverage losses incurred by overturning the ACA would be devastating for communities of color and reverse the significant gains in health care access made by the law.