Washington, DC -- Today, the Fifth Circuit Court of Appeals ruled in favor of the Trump administration and Republicans in Texas vs. United States, striking down as unconstitutional the ACA's individual mandate and remanding to the lower court judge a final decision on what parts of the ACA should be eliminated - the same judge who has already ruled the entire law unconstitutional.

In response to the court’s decision, Protect Our Care Chair Leslie Dach released the following statement:

“This decision all but assures the entire health care law will be repealed. The Fifth Circuit Court of Appeals sided with President Trump and Republicans in declaring a key portion of the ACA unconstitutional and sent the rest back to a judge who has already ruled the entire law unconstitutional. The fix is in. Thanks to Trump and Republicans, every part of the of the ACA is on the chopping block.

“If the Trump administration and Republicans have their way in the end, 20 million Americans will lose their insurance coverage,135 million Americans with pre-existing conditions will be stripped of their protections, and costs will go up for millions.

"Make no mistake, this is Donald Trump’s health care plan. President Trump and Republicans own this lawsuit and all of its devastating consequences ; kick people off their coverage, take protections away from people with pre-existing conditions, and line the pockets of insurance and drug companies. From start to finish, this was a partisan lawsuit with the sole purpose of ripping health care away from American families.”

President Trump went to court to eliminate the Affordable Care Act in its entirety. If the court upholds its prior decision, it will strip coverage from millions of Americans, raise premiums, end protections for people with pre-existing conditions, put insurance companies back in charge, and force seniors to pay more for prescription drugs. The result will be to -- as the Trump Administration itself admitted in Court -- unleash “chaos” in our health care system.

If Trump And His GOP Allies succeed …Protections for more than 135 million people with preexisting conditions would be ripped away. Millions would pay more for drugs. More than 20 million would lose coverage altogether. Insurance companies would be able to sell policies that don’t cover you when you are sick and don’t even have to cover prescription drugs, cancer treatments or maternity care. 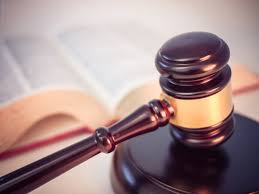 Under The Trump Health Care Plan: