Erik Potts, an Exeter financial planner, has taken firsts in rally races on the East and West coasts and recently placed first in his class in the Canadian Rally Championship, Canada's biggest race. Now he’s eyeing Hollywood with hopes of stunt driving on the big screen. It’s the next chapter in an unplanned journey. 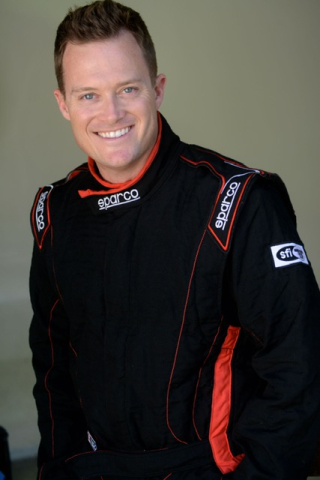 “(Stunt driving) is not about the fame because a lot of people don’t know who the stunt driver is for a certain movie,” said Potts recently from California, where he was scouting opportunities. “I thought it would be different and interesting. It’s taking your skills and using them in another way.”

Potts, who lives in Stratham and owns Panorama Wealth Strategies, entered his first rally race in 2011 on a whim, in a car borrowed from a friend. He placed second, just behind that friend, and was hooked.

He’s racked up win after win ever since.

Like NASCAR, rally racing is a balance between high speed and control. Unlike NASCAR, a 100 to 200-mile, multi-day rally route includes driving along residential streets that have been closed to other traffic, gravel roads, and even old logging trails - sometimes at night. Drivers must negotiate obstacles like trees, boulders and sometimes other racers’ car parts.

And where NASCAR drivers can take many practice runs around a track, Potts and a co-driver, get one “reconnaissance” look ahead rough notes of the course ahead of time. Their performance depends not only on Potts’s driving but equally on how well the duo enhances the notes with their own details.

They record every turn in the road with a number indicating difficulty. They note every crest. The include the distance of every flat stretch. Done well, Potts can safely negotiate every mile at speeds up to 120 mph as the co-driver tells him what’s next. The ability for the pair to communicate precisely and quickly is key.

Check out Erik Potts Racing on Facebook for a video taken from inside the car.

Even with perfect notes, most drivers don’t finish races because the route can be so rough, drivers crash or cars breakdown. Potts, who started racing in a Ford Focus and now drives a supercharged 2-wheel drive Subaru BRZ, has finished every race he’s started.

“It’s more than just speed,” he said. “Its consistency. I could drive faster than I do. I push it to a point where I’m still in control enough where I can recover and not damage the car.”

Rally rules require all cars to have specific roll cages, seats, and safety harnesses. The racing team rebuilds the rest of the car, changing the brakes and suspension system, protecting the underside with skid plates, and supercharging it for more horsepower.

Opportunities to improve with practice are hard to come by. There’s one school on the West Coast and one on the East Coast, in Dalton, NH. Potts gets his most practice on local roads..

“Any seat time in your car is good,” he said. “Anytime you are in your car and push it to its limits is very important.”

Pushing it to its limits sometimes means the ride sometimes gets a “little squirrely,” he said. That’s what he’s looking for and why he chose a car with rear-wheel drive. He likes a backend with slide, which for Potts translates to more exciting. With luck, it will also translate into a movie contract.