Washington, DC — Protect Our Care (POC) added ten new districts to its digital advertising campaign in support of freshman members of Congress who are leading the fight to lower prescription drug costs and protect people with pre-existing conditions. POC’s $2 million expansion brings the organization’s investment in this campaign to $4 million covering 20 House districts of freshmen Democrats who ran and won on the issue of health care in 2018 and who have led the fight to improve American health care since joining the House earlier this year. 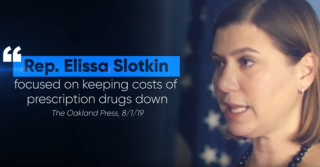 The districts added today are part of the House Education and Leadership Project (HELP), which Protect Our Care launched in September with an initial ten congressional districts. The campaign seeks to show constituents how their newly elected representative is delivering on their promises to protect care and lower costs in order to encourage the entire Congress to do the same. The latest round of ads begins with a focus on these Members’ work to lower prescription drug costs, specifically their support for giving Medicare the power to negotiate for lower prices (H.R. 3) and efforts to rein in drug and insurance companies. The full campaign includes a series of 15- and 30-second ads.

“Millions of Americans who worry about the rising costs of health care should know that these members of Congress are working to lower the costs of prescription drugs and end the rigged system created by big drug and insurance companies,” said Protect Our Care Chair Leslie Dach. “While the White House and Congressional Republicans oppose effective and popular solutions like giving Medicare the power to negotiate for lower drug prices, these members are delivering on their promise to lower costs and protect Americans’ health care.”

The HELP campaign now includes these ten additional districts and kicks off with a 15 second ad on reducing drug prices:

Posted at 11:27 AM in Business news, Community/Civic Involvement, Educational | Permalink