Home Archives Subscribe
Committee Action on H.R. 3 Reaffirms Why Democrats Are the Only Party Serious About Lowering Drug Costs for Americans
Teacher’s Expo at the McAuliffe-Shepard Discovery Center 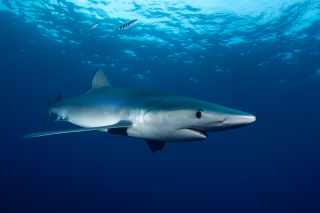 The Trump Administration Is Pushing Junk Plans That Allow Discrimination Against People With Pre-Existing Conditions And Don’t Require Coverage For Prescription Drugs, Maternity Care, And Hospitalization. In August 2018, the administration finalized a rule that expands the availability of so called short-term, limited duration plans from three months to just under twelve months and allows them to renew such plans for up to three years. Since finalizing the rule, the Trump administration has urged groups that help people sign up for coverage to push consumers toward these junk plans and has issued guidance urging states to let ACA subsidies be used to purchase these skimpy plans.

Under Short Term Junk Plans, Protections For People With Pre-Existing Conditions Are Essentially Meaningless. Short-term plans can exclude or deny key medical services such as prescription drug coverage, hospitalization, and maternity care. The American Cancer Society Cancer Action Network said allowing states to waive essential health benefits “could render those protections meaningless” for people with pre-existing conditions. Even when plans say they cover prescription drugs, the benefit is often capped at a limit, such as $3,000. Adding insult to injury, short-term plans have a history of finding ways to deny coverage after people become sick and can bring back annual and lifetime caps on the amount of care patients receive. As Consumers Union stated, allowing insurers to impose annual and lifetime caps means “putting meaningful coverage out of reach for many Americans, especially those with chronic and pre-existing conditions.” These plans put insurance companies back in charge, not consumers.

As Many As 135 Million Americans Have A Pre-Existing Condition