Concord, NH-- A new analysis released by the Center for American Progress shows that 571,300  Granite Staters currently live with a pre-existing condition -- including 287,900 in New Hampshire’s 1st District. This comes ahead of the Fifth Circuit Court of Appeals’ high-stakes decision in Texas v. United States, the lawsuit that could terminate the protections for pre-existing conditions guaranteed by the Affordable Care Act. Jayme Simoes, state director of Protect Our Care New Hampshire, released the following statement in response: 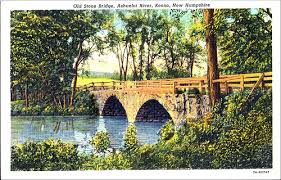 “571,300 Granite Staters with a pre-existing condition are at risk of losing their protections as a result of Republicans’ actions to destroy Americans’ health care through the courts. If the Texas lawsuit is successful, every single American living with a pre-existing condition like asthma, arthritis or diabetes will once again face descrimination just for trying to access the care they need.”