Committee Action on H.R. 3 Reaffirms Why Democrats Are the Only Party Serious About Lowering Drug Costs for Americans

Yesterday, the House Ways and Means Committee held a hearing and the Committees on Education and Labor and Energy and Commerce had markups on the Lower Drug Costs Now Act (H.R. 3), Democrats’ landmark bill to drastically reduce prescription drug prices, of which Reps. Chris Pappas (NH-01) and Ann Kuster (NH-02) are co-sponsors. 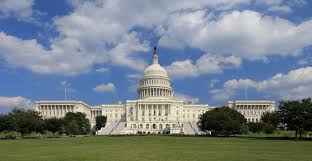 “House Democrats proved today that they’re the only party seriously tackling lowering drug costs for Americans. Democrats put forward concrete arguments for why giving Medicare the power to negotiate drug prices and reining in big pharma will dramatically lower drug costs, while Republicans continue to side with the big drug industry lobby.

“The key provisions of H.R. 3 are extremely popular with the majority of Americans across the political spectrum, including Republican voters. Republicans’ continued obstruction of this legislation proves they’re more interested in defending drug companies and their profits than taking action to lower costs for Americans.”