Keene Lights, Camera, Civics! Showing and discussion of “To Kill A Mockingbird”

Keene, NH --On Tuesday, September 17, 2019, the New Hampshire Institute for Civics Education (“NHICE”) will screen To Kill a Mockingbird as part of a multi-year statewide program designed to foster conversations with the public on law, justice, and civics.  The screening will take place from 5:30- 8:30 p.m.. Keene State College Student Centerin Keene, New Hampshire.  There will be a break midway through the movie, and a light snack will be provided.  The program was made possible with support from New Hampshire Humanities, in partnership with the National Endowment for the Humanities. 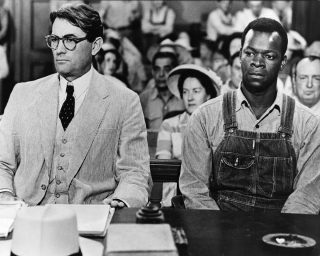 New Hampshire Humanities awarded a Community Project Grant to NHICE for film screenings in all ten New Hampshire counties to start multigenerational conversations through film about law, justice, and civics.  NHICE selected To Kill a Mockingbird to kick off the Lights, Camera, Civics! program because of the civics, social, and justice issues it raises, and its broad appeal to a range of ages and demographics.  A local team, consisting of an attorney, a teacher, and a high school student will lead the community discussions that accompany all film showings. The event, the team consists of:

Kim Schmidl-Gagne is the program manager for accreditation processes and for diversity and multicultural student initiatives at Keene State College.  After 20 years in residential life, Kim joined the staff of the provost and chief officer for diversity and multiculturalism as the accreditation liaison officer and to assist with coordinating a variety of programmatic efforts, including the American Democracy Project ADP, the symposium and numerous speaker series as well as efforts to integrate academic affairs and student affairs.

Emma Schmidl-Gagne is a 10thgrader at Keene High, in Keene NH.  Emma is an Honors student at Keene High and loves Literature, Math and Writing.  She is the Stage Manager for Drama Club productions and was recently inducted into the International Thespian Society. Emma is an active member of the MOCO dance community and has been studying dance since she was 18 months old.

Alexander Parsons is the managing attorney at the Keene NH Public Defender office. Born & raised in Springfield, VT, Alex is the first in his family to attend college.  He attended the Community College of Vermont, received a  B.S. in History from Keene State 1998.  Alex worked several jobs in Keene including at Timken, Bagel Works, Keene Sentinel, Residential Resources.  He taught English at college in central China in 2000.

Harper Lee’s Pulitzer Prize-winning novel came to film in 1962.  Set a small fictitious Southern town during the Depression, local lawyer Atticus Finch, played by Gregory Peck, is appointed to represent a male person of color falsely accused of raping a white woman. To Kill a Mockingbird won Academy Awards for Best Actor (Peck), Best Adapted Screenplay, and Best Art Direction.  The novel was recently adapted for the theatre, and the resulting play is currently being shown at the Shubert Theatre in New York City.

The event is free and open to the public but pre-registration is required. Contact Kim Schmidl-Gagne to register: kgagne@keene.edu

Contact Martha Madsen at martha@constitutionallyspeakingnh.org for more information about Lights, Camera, Civics! including how to participate in the program or arrange a showing in your county.  Learn more about New Hampshire Humanities at www.nhhumanities.org

Posted at 03:40 AM in Community/Civic Involvement | Permalink