The U.S. Fifth Circuit Court of Appeals will hear oral arguments on July 9 in the appeal of a U.S. District Court ruling that struck down the entire Affordable Care Act in 2018. In a lawsuit brought by Republican-led states, U.S. District Court Judge Reed O’Connor struck down the entire ACA after Congress repealed the tax penalty that was enforcing the law's individual mandate. Twenty-one Democratic attorneys general are appealing the ruling and the House of Representatives has intervened to defend the ACA in the case.

The original suit, brought before the conservative federal district court in the Northern District of Texas, argued that when the Supreme Court upheld the ACA in 2012 because the requirement to carry insurance was a legitimate use of Congress' taxing power. When congress eliminated the tax penalty, they  argued, and the entire law became unconstitutional.

The defendant in the case is the government, but in June, the Trump administration made an unprecedented decision not to defend the law in court.

The Republican Justice Department instead argued that the law should be invalidated, but if that does not happen, they would accept the elimination of the preexisting condition protections.

Some 21 Democratic states’ attorneys general have now filed to "intervene" in the case to defend the law in its entirety. To protect the health and well-being of their citizens. NH is not one of those states.

Today, until a final ruling, and appeal, the ACA is law - awaiting deliberation. And, about 25 million Americans could become uninsured if the law is struck down. This includes more than 100,000 Granite Staters.

Some 11.4 million Americans enrolled or re-enrolled in an Obamacare exchange plan in 2019. In NH it is 45,000 people. The 9 million people who get subsidies would lose them, and probably not be able to afford healthcare coverage.

The ACA brought new healthcare marketplaces for individuals, businesses and families to pick for insurance plans. Many qualified for federal subsidies to reduce health care costs.

Medicaid expansion increased coverage to 16 million Americans who had little or no coverage before the ACA. The new Medicaid eligibility covered adults at or below 138% of the federal poverty level. Today, the federal government pays 90% of the costs of expanded Medicaid, but if the ACA were struck down, that would end.

New protections for Americans with preexisting conditions and young adults choosing to stay on their parents’ insurance until age 26, would be wiped away too. Once again, insurance companies could deny coverage for people with preexisting conditions or charge much higher premiums. Millions of Americans and hundreds of thousands of Granite Staters could lose coverage.

There is no replacement on the table, so the impact would be a higher un-insured rate, and higher healthcare costs. Joining the suit is about saving lives, insuring healthcare is accessible for working families, and offering preventive care. 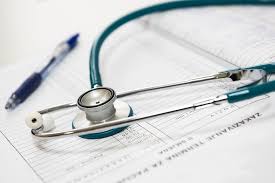 Posted at 07:03 AM in Community/Civic Involvement, Health, Politics | Permalink