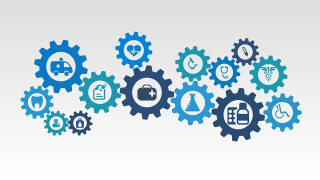 – New Hampshire’s rural residents are likely to see reduced access to healthcare in the next year due to a shift in national health care policy, according to a report published earlier this month by Protect Our Care.

A number of policy proposals and a lawsuit by the Trump Administration aim to roll back the Affordable Care Act, including Medicaid expansion, which has proven to be a successful policy in expanding health care coverage to New Hampshire’s rural residents.

“These Republican policies threaten to walk back recent progress in rural health, instead of building upon the successes of the Affordable Care Act,” said JH Simoes. “The inevitable result will be stripping New Hampshire residents of comprehensive health coverage and will disproportionally impact rural areas.”

Rural residents have long faced more barriers to care than those in suburban and urban areas. In New Hampshire, 12% of adults living in rural areas are uninsured, compared with 8% living in non-rural areas. Since the Affordable Care Act was implemented, the uninsured rate in rural parts of the state has fallen by 4 percent. Medicaid expansion has helped bring down this rate, as 17 percent of Granite Staters living in rural areas have health coverage through Medicaid.

The Trump Administration’s recent court challenge to the Affordable Care Act argues that the entire law should be overturned, including Medicaid expansion, which if upheld could undo the gains New Hampshire has seen in expanding health care coverage.

Budget cuts are also threatening to undo these gains, with a proposed fiscal year 2019 budget cut of Medicaid by $1.4 trillion and a fiscal year 2020 Medicaid cut of $1.5 billion.

These challenges to the ACA not only impact the rural poor, but working families and businesses as well. Self-employed workers were able to find more affordable coverage under the ACA, and investment in community health centers expanded access, especially in New Hampshire’s rural areas. Expansion of Medicaid has helped support these community health centers, which a study by Health Affairs has found improved the quality of care and health outcomes of patients.

New Hampshire hospitals also benefited from the ACA, seeing a $111 million reduction in uncompensated care costs between 2013 and 2015, a reduction of 52%. Since the ACA was enacted in 2010, no rural hospitals have closed in New Hampshire.

“Rural hospitals are especially at risk, and these changes threaten the very places which rural communities depend on for both primary and specialized health care services,” said JH Simoes. “It is vital for our elected officials to stand up to Republicans pushing these policies and fight for maintaining high standards in rural health care.”