Concord, NH--Mark Lund, Executive Producer and Director, is pleased to announce that principal photography of the feature film First Signal commenced at the McAuliffe Shepard Discovery Center in Concord, NH on May 6. In First Signal when Air Force Space Command receives a signal from an alien satellite in Earth orbit an emergency meeting with the President reveals a government conspiracy.

“I could not be more excited to produce First Signal at the McAuliffe-Shepard Discovery Center. Since the story has to dowith the space program and related sciences, the museum is an ideal location. ” said Lund. “But it’s when we add thetremendously talented actors and crew to this backdrop that the result will surely be a quality motion picture.

First Signal marks the start of what the producers hope to be a new sci-fi franchise. The idea for the story began over ten years ago when Lund wrote the screenplay First World. Nominated for three screenplay awards and produced as a short film that screened in six countries, the origins of the story revolve around the Apollo space program. With NASA and private space contractors planning a return to the Moon, extrasolar planets being discovered on a regular basis and new communication technologies on the horizon, the timing for First Signal could not be better. First Signal doesn’t just seekto answer the question if we are alone in the universe, but what would the world do if an alien presence was already here. 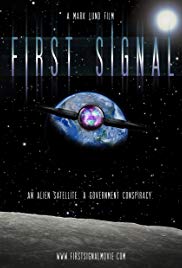 “We are thrilled to be opening up the Discovery Center to the cast and crew of First Signal,” said Visitor Services Manager Linds Jakows. “So many of our staff and visitors are big fans of sci-fi films, and we're honored that the creators of First Signal chose our location. We can't wait to see the final cut.”

First Signal will be filmed primarily on weekends throughout the summer at the McAuliffe-Shepard Discovery Center. The producers will present First Signal at the American Film Market in November.

About the McAuliffe-Shepard Discovery Center

Mark Lund is an award winning magazine publisher, three-time award nominated screenwriter, TV personality, producer, director and writer. From 1993 – 2004, Lund founded International Figure Skating magazine and built it into the world's largest magazine for the sport. As a TV personality, Lund starred on FOX's Skating with Celebrities and served as a TV analyst for the sport of figure skating for over fifteen years most notably for CNN during the 2002 Olympic Winter Games in Salt Lake City. Lund's first screenplay, First World, a science fiction drama, was nominated for three  screenplay awards and later condensed to a short film version that screened in several countries. He is the author of Frozen Assets and First World: Covenant. Lund wrote Justice Is Mind in 2010 and produced a short film version, Evidence, in 2011 that led to the financing of the feature film. Justice Is Mind had its world premiere in 2013 with a limited theatrical run along with screenings at universities and science fiction conventions around the world.Justice Is Mind’s international premiere was on Cunard Line's Queen Elizabeth in 2014. First World, Evidence, Serpentine and Justice Is Mind are available on Amazon Prime and select VOD platforms. For more information, visitwww.markashtonlund.com