CONCORD, NH….  On the heels of the third year of Women’s Marches across the country, the New Hampshire Women’s Foundation (NHWF) is shining the spotlight on the status of women in public office. In its first Gender Mattersresearch report of 2019, NHWF has documented the national and state level political gains for women in 2018 – an election cycle dubbed the “Year of the Woman 2.0” by pundits. The report also looks at historic trends of women serving in the NH legislature over the past two decades and highlights disparities by geography and as between the two major political parties. 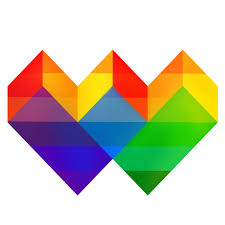 “Here in New Hampshire, women’s historic political engagement in 2018 resulted in greater gender diversity and moved us closer to gender parity. Yet, while the numbers are illustrative and hopeful, they don’t tell the full story,”explained Jennifer Frizzell, Policy Director at NHWF and the report’s principal author and researcher.

The report also highlights how female candidates employed new tactics and shared their personal stories in campaign narratives in the 2018 election cycle. Momentum from the Women’s Marches opposing the policies of Donald Trump’s presidency and from the #MeToo movement addressing sexual assault and harassment were evident on the campaign trail. “Women’s lived experiences dominated their campaign narratives. Female candidates put gender and family in the forefront of their campaigns and the electorate responded favorably,” continued Frizzell.

One area of concern for NHWF: the report reveals that while Democratic women are gaining ground on the path to parity, Republican women are losing ground. “A record number of Democratic women are serving in the NH House in 2019, but the number of Republican women is the lowest in three decades. Our efforts at reaching parity will never be successful unless we reverse this decline and elect more women from across the political spectrum,” concluded Frizzell.

In 2017, NHWF launched its Women Run! Program– the Granite State’s only non-partisan training program aimed at transforming the political landscape by building pathways to public service for New Hampshire women. The program saw 20 of its alumnae run in the 2018 general election and 10 of them won seats in the NH House. Future efforts to educate, empower and train women to run for state and local elected office will be guided by the report’s recent findings.